CAR CLINIC | Understanding and caring for your car's tyres 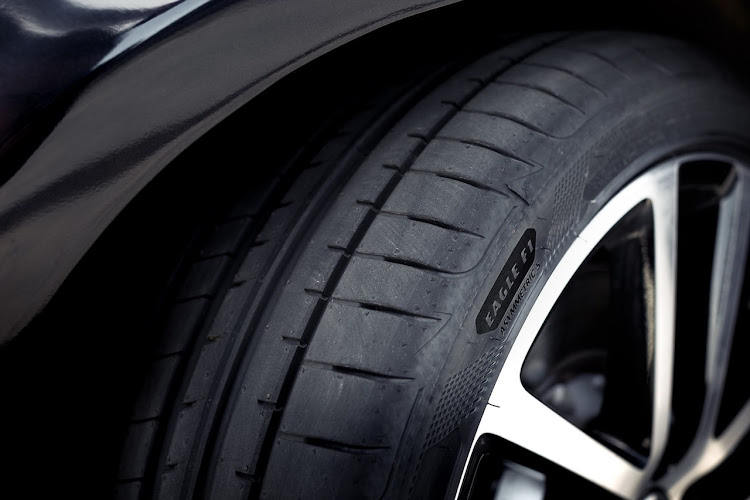 Tyre sidewalls are stamped with all sorts of useful information.
Image: Supplied

Long-distance hiking enthusiasts will tell you their single most important piece of equipment is their shoes. The same applies to a long-distance car trip. Your car's tyres are crucially important for a safe and stress-free trip.

One good thing is that as they are out in the open, tyres will usually show warning signs of impending trouble in a manner visible to the observant owner. Let's look at some common forewarnings.

Every tyre has a date code molded into the sidewall to show when it was manufactured. The code 3412, for instance, means the tyre was made in week 34 of 2012. A tyre with this code is now over nine years old. Tyre manufacturers recommend that it be scrapped.

Tyre manufacturers do not come running with a replacement tyre while pronouncing this pious verdict. If the tyre has plenty of tread depth and no sidewall cracks, I would say use it on a non-driving wheel, watch it like a hawk, and keep speed down. Such tyres can at any time lose chunks of tread, develop sidewall cracks or lumps on the tread due to tread separation.

Then you should have no qualms about scrapping it. Tread separation, incidentally, happens when the glue holding the layers of the tread together breaks down, allowing pressurised air to penetrate between the layers and create a bubble on the tread.

Recently the Chevrolet Spark Lite of a friend of mine suddenly developed a pronounced jerky pull to the left on the steering. Examination of the front suspension failed to reveal any obvious problems, but a knowledgeable acquaintance identified the cause as failed shock absorbers in the McPherson struts.

Both front shocks were replaced (a job that can be done fairly easily at home, by the way), but the problem persisted. After such an operation the wheel alignment has to be adjusted, but this, too, failed to cure the left-tugging steering wheel.

In desperation it was decided to rotate the wheels, and a lump caused by tread separation on the right front tyre was discovered. Each time this spot hit the road the car was nudged to the left. The tyre was scrapped, gleefully, and the problem disappeared.

Lesson learnt from this merry dance: when a sudden change in steering behaviour occurs, first scrutinise the tyres. Make sure you run your hand over the full circumference of each tyre.

Whether it occurs on the inside or outside shoulder of the tyre (usually due to incorrect toe-in) or in the form of a balding strip in the centre of the tread (over-inflation?) or as “cupping” or worn patches on the tread (shock absorbers?), uneven tread wear almost always means the tyre is destined for the spare wheel or the scrap pile.

It is sure to give you trouble for the rest of its tortured life, because it is the victim of faults beyond its control, faults which should be corrected urgently to avoid ruining another perfectly good, and expensive, tyre. 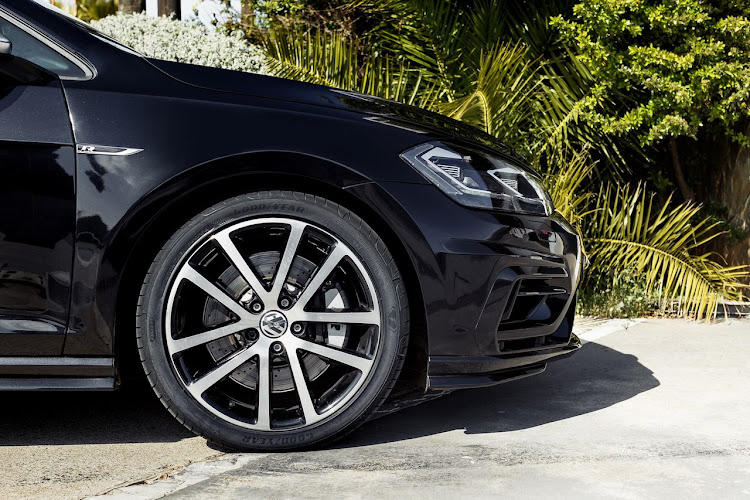 Your car's tyres are crucially important for a safe and stress-free trip.
Image: Supplied

This speaks for itself and is usually detected when one tyre shows an unnatural loss of pressure compared to the others. That's why it is good practice to check tyre pressures yourself once a month.

Wikipedia informs us that there are about 455 tyre factories worldwide. It sometimes seems that most of them are competing on the SA market. Prices range from high to stratospheric, quality from poor to Formula One standard.

It is my impression that some foreign tyres cannot cope with our high summer temperatures combined with long distances at highway speeds, and I would therefore always prefer tyres from a manufacturer with long experience of local conditions.

Unless you are an aspiring Lewis Hamilton you don't need the ultra-fancy, high-grip compounds developed for supercars. Concentrate on longevity and make up for lower grip by driving like a sane person.

Another thing to consider when buying new tyres is their manufacturing date. A tyre starts ageing the moment it comes off the manufacturing line and you don't want to buy tyres that have been lying somewhere in a warehouse or shipping container for a year or longer. An honest dealer will understand this.

Always get more than one independent opinion when shopping for new tyres.

For fellow-motorists preparing for a holiday trip while beset by rocketing fuel prices and rising cost of living, my advice would be to spend whatever funds may be left over after covering the essentials on ensuring the tyres on the family chariot are in good shape.

In fact, I would include tyres among the essentials. Having spent hard-earned money on tyres we naturally want them to last as long as possible. It goes without saying that wheel alignment should be kept in spec, the tyres re-balanced when vibration appears, the shock absorbers kept functional, tyre pressures maintained and driving habits adjusted to avoid tyre-smoking pull-aways and screeching stops.

The one thing that is difficult to counter is ageing. For cars parked outside in strong sun, I have found that a product such as Autoglym's Rubber & Vinyl Care applied twice yearly helps a lot to reduce the ultra-violet damage.

Batteries are mysterious things. For 100 years they have been fitted to motor cars, yet they are still poorly understood by the average owner.
Motoring
2 months ago

The advantages of doing basic maintenance on your own car are undeniable. It saves you money, it allows you a free hand in deciding which brand of ...
Motoring
3 months ago

Petrol fuel injection has made strides since it first appeared on mainstream cars in the mid-1980s (Diesel fuel delivery has always been by ...
Motoring
6 months ago