Leclerc accepts he was to blame for Verstappen collision 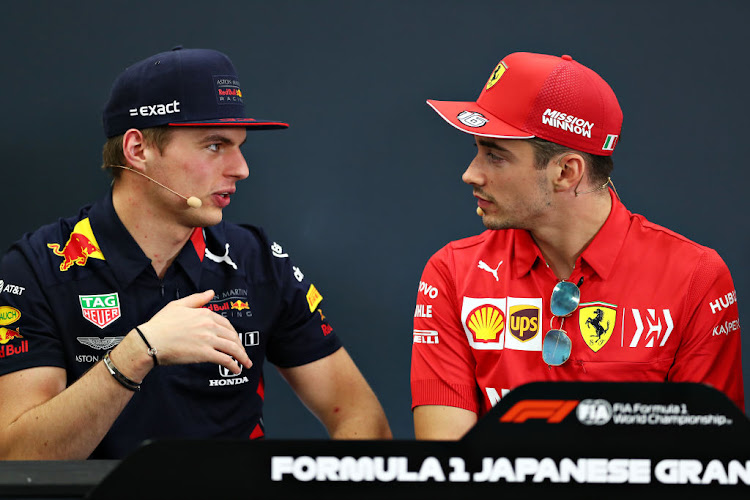 Ferrari's Charles Leclerc has accepted blame for a collision with Red Bull's Max Verstappen that wrecked both drivers' Japanese Grand Prix on Sunday.

The 21-year-old Monegasque finished sixth but was demoted to seventh after collecting time penalties for the collision and continuing with a damaged car, while Verstappen retired from engine partner Honda's home race.

The Dutchman accused Leclerc in the immediate aftermath of "irresponsible" driving.

Leclerc said initially it was a "tricky situation", but later recognised his mistake.

"I had a poor start. I got a little bit distracted," he told reporters.

"I was on the inside and being behind Seb (Vettel) and Lewis (Hamilton), I lost a little bit the front (of the car)," he explained. "Normally you need to anticipate those things and I didn't. So I'm the one to blame."

The race was won by Mercedes' Valtteri Bottas, with the Finn's teammate Formula One leader Hamilton third.

Leclerc and Verstappen are both now mathematically ruled out of title contention with only the Mercedes drivers still in the running. Hamilton leads Bottas by 64 points with four races remaining.

Valtteri Bottas roared to victory in Sunday's Japanese Grand Prix as Mercedes clinched the Formula One constructors’ championship and guaranteed ...
Motoring
1 year ago