'Tragedy' if Perez not in F1 next year, says Brawn 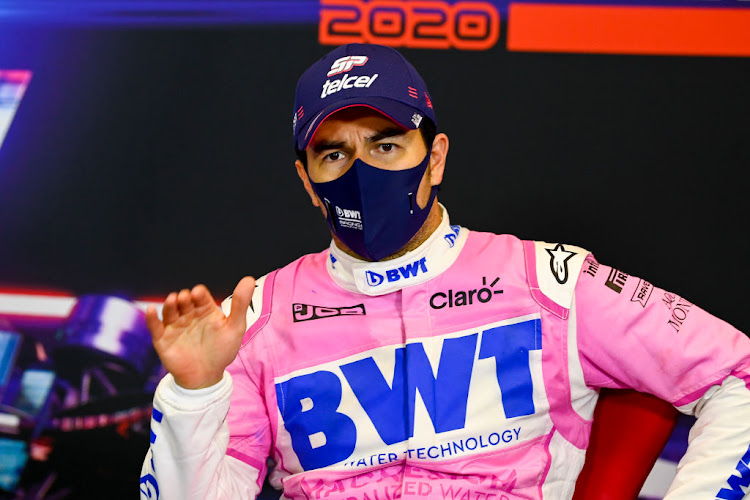 Sergio Perez more than deserves to stay in Formula One, MD Ross Brawn said on Monday after the Mexican finished second to now-seven-time world champion Lewis Hamilton in Turkey at the weekend.

Perez is without a seat for 2021 after Racing Point signed four-time world champion Sebastian Vettel, who finished third for Ferrari at Istanbul Park on Sunday.

“Perez put in a great performance ... it would be a tragedy if he isn’t in F1 next year,” said Brawn, who worked with Michael Schumacher during a golden era at Ferrari and Hamilton at Mercedes in 2013, in a column for the F1 website.

“He more than deserves his place on the grid. If you’re a team (that) wants a competitive driver to maximise every opportunity, Perez is your man.”

Perez's main hope is a seat at Red Bull, who have yet to decide whether to retain Thai racer Alexander Albon as Max Verstappen's team mate.

The Mexican has scored 100 of third-placed Racing Point's 154 points from 14 races, despite missing two rounds after contracting Covid-19.

On Sunday, Perez made a set of intermediate tyres last for 48 of the 58 laps in wet and slippery conditions that caught others out.

“You are only as good as your last race, so it’s important to finish on a high. The rest is not in my hands,” he said when asked about his future.

Brawn, whose eponymous team won both championships in 2009, defined Sunday's race as “the old guard demonstrating their experience and the young pretenders showing they have a bit more to learn.”

While Stroll, 22, lined up on the front row with Red Bull's Max Verstappen, 23, the podium placings went to a trio of drivers aged over 30.

Brawn also defended Turkish GP organisers from criticism of the slippery track surface, saying they had done a fantastic job.

“I think drivers sometimes need to remember it’s a competition of who crosses the line first so while grip levels weren’t high, it was the same for everyone,” said the Briton.

“Competition needs to be fair and equal. It’s a sport, so we need to give everyone the same opportunity. It’s challenging, but that should be seen as good thing.”

Lewis Hamilton's record-equalling seventh Formula One world championship has fuelled expectations of a knighthood but the Briton, overlooked in the ...
Motoring
8 months ago

Vettel acclaims Hamilton as 'the greatest of our era'

Four-time world champion Sebastian Vettel hailed Lewis Hamilton as the greatest of his era after the Mercedes driver celebrated his seventh Formula ...
Motoring
8 months ago