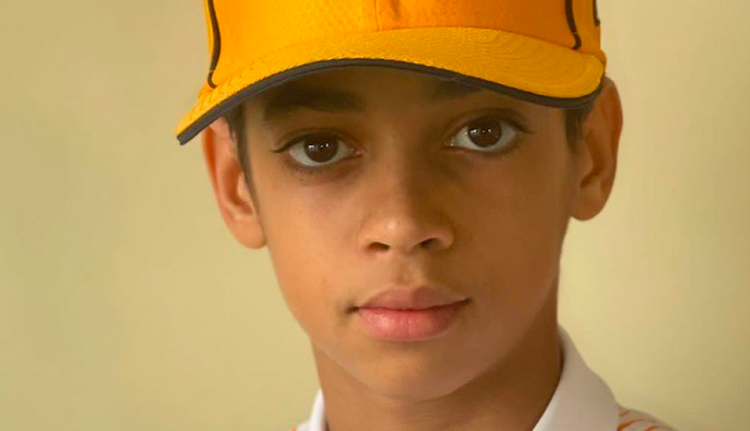 McLaren have signed a long-term agreement with 13-year-old American karter Ugo Ugochukwu to support him through the junior categories of motorsport.
Image: McLaren Racing

McLaren have signed a long-term agreement with 13-year-old American karter Ugo Ugochukwu to support him through the junior categories of motorsport, the Formula One team announced on Monday.

“We’ve been watching Ugo’s progress with interest, so when the opportunity to sign an agreement with him became available, we had no hesitation moving on it,” said McLaren Racing CEO Zak Brown in a statement.

McLaren Racing is pleased to announce a long-term agreement with Ugo Ugochukwu, the promising young driver from the USA. 🤝

“Now we’ll focus on giving Ugo the right support when he needs it to help him fulfil his potential.”

McLaren's most famous junior signing was Britain's Lewis Hamilton, now a seven-time world champion, who was backed by the Woking team and Mercedes from the age of 13 and made his F1 debut in 2007.

“I’m honoured to be signed by such an iconic team as McLaren Racing so early in my career. To have the support of McLaren is fantastic and what any young driver dreams of,” said Ugochukwu.

Formula One starts its longest ever 23-race season in Bahrain on March 28, with Mercedes' Lewis Hamilton chasing a record eighth title
Motoring
3 weeks ago

Sebastian Vettel will want to show he still has the speed and spirit of a four-times world champion as he makes a fresh start with Aston Martin this ...
Motoring
3 weeks ago
Next Article