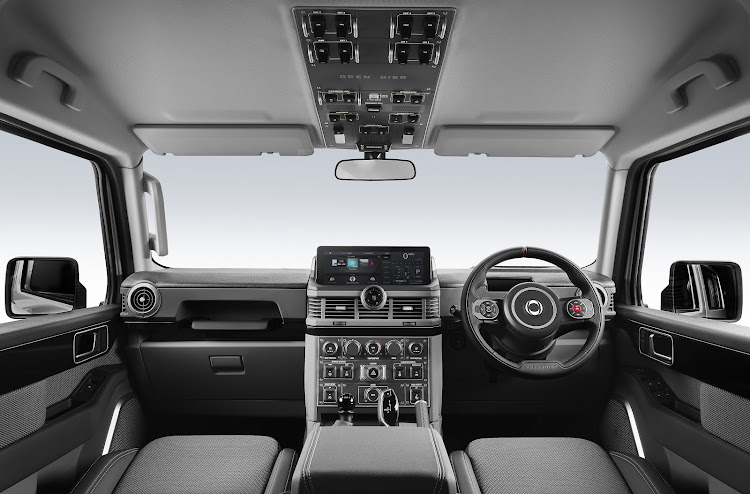 The upcoming Ineos Grenadier was created as a foil to the new-generation Land Rover Defender which, save for its retro exterior styling, is a modern luxury SUV with very little connection to its old workhorse namesake.

The British-built Grenadier is an unashamed facsimile of the original rugged Landy, conceived as a working tool with uncompromising off-road ability and durability. Details of the Grenadier have been revealed piecemeal ahead of its sales debut in 2022 and exterior pictures have been in circulation for some time, but Ineos has now revealed the cabin.

The interior adopts a utilitarian approach based on the vehicle that inspired it, without being stripped of comforts or technology. A 12.3-inch touchscreen infotainment system is a nod to modernity, but the cabin is otherwise dominated by physical dials and switches.

Inspired by the interfaces of aircraft, boats and tractors, toggle switches and dials on the centre and overhead consoles are widely spaced and clearly labelled. Auxiliary switches are built in, pre-wired to support the addition of winches, work lights and other accessories.

“The layout is functional and logical, designed with ease of use in mind,” says Toby Ecuyer, head of design. “It has everything you need and nothing you don’t.”

He adds that the interior delivers the space, practicality and versatility owners need from a hard-working 4x4.

Hard-wearing surface materials are designed to endure. Drain plugs in the rubber flooring and wipe-down upholstery allow the interior to be hosed out. Water-resistant and anti-stain Recaro seats come standard, but carpets and leather upholstery will be available for owners seeking a more luxurious vibe.

The infotainment system is accessed via a touchscreen or by a rotary dial, and has Apple CarPlay and Android Auto smart phone integration. An off-road pathfinder navigation system allows drivers to programme, follow and record their route via waypoints.. 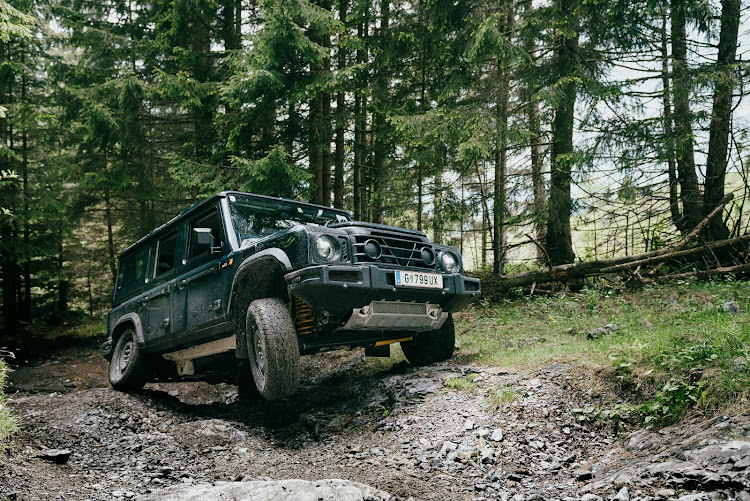 Generous stowage space includes a storage box under the rear seat, a lockable central cubby, and secure side-mounted storage in the boot. There is also scope for individualisation, with a wide range of interior options and accessories to help each owner customise the Grenadier to best perform its role.

Dirk Heilmann, Ineos Automotive’s CEO, said: “Inside and out, the Grenadier has been designed to do a job — to get people and their kit where they want to go in comfort, in control and with no fuss.”

The Ineos Grenadier is built on a sturdy ladder-frame chassis and has permanent four-wheel drive with solid axle long-travel suspension. A low range gear, differential locks and hill climb make it capable of extreme off-road work, while high bumpers and a tucked-up exhaust ensure optimal approach and departure angles.

Grenadier prototypes are undergoing durability testing in extreme environments around the world.

Reservations for the vehicle, which will be offered in SA, will open from October 2021 and deliveries will start from July 2022.

Alfa Romeo on Monday confirmed that its stripped-down, track-focussed Giulia GTA and GTAm models will be coming to SA – albeit in very limited numbers
Motoring
11 months ago

Building on its predecessor's already left-field looks, this updated model is not only 40mm longer (50mm in the case of the N Line) but also sports a ...
Motoring
11 months ago

The Lamborghini Aventador LP780-4 Ultimae is not only the swansong of the mighty Aventador range but also the last naturally-aspirated, ...
Motoring
11 months ago