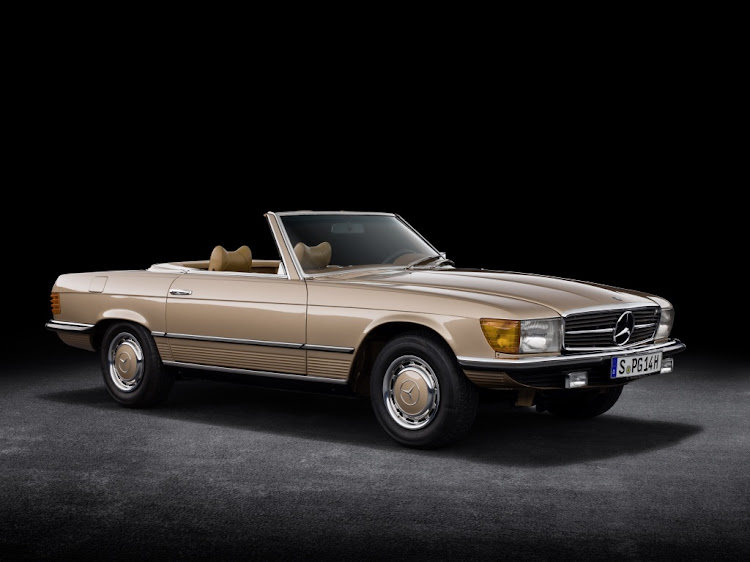 The R107 is one of the brand’s most recognisable models in its 126-year history.
Image: Supplied

Fifty years ago, in April 1971, one of the most iconic Mercedes-Benz cars was launched. The 350 SL was a well-liked model which went on to become a TV star in the hit TV series Dallas as Bobby Ewing’s (a character played by American actor Patrick Duffy) choice wheels. In fact, it gained the “Bobby Ewing” nickname thereafter.

The R107 SL also heralded an important milestone for the range that began in 1952 with the legendary 300 SL, affectionately known as the Gullwing. The R107 became the first SL model to brandish a V8 engine, and the first model with the “R” abbreviation for “roadster.”

It was designed as an open two-seater with a fully retractable fabric top and removable hardtop. Some of the technical highlights outside a 147kW 3,399cc V8 engine included the installation of the fuel tank above the rear axle to protect it in the event of a collision, a new four-spoke safety steering wheel, padded surfaces and deformable elements as a contribution to passive safety.

The 500 SL was also fitted with the well-liked black plastic rear spoiler from the SLC Coupé which then wielded a 5L V8 engine. Two years earlier, in 1978, the hit soap opera Dallas made its screen debut on April 2. 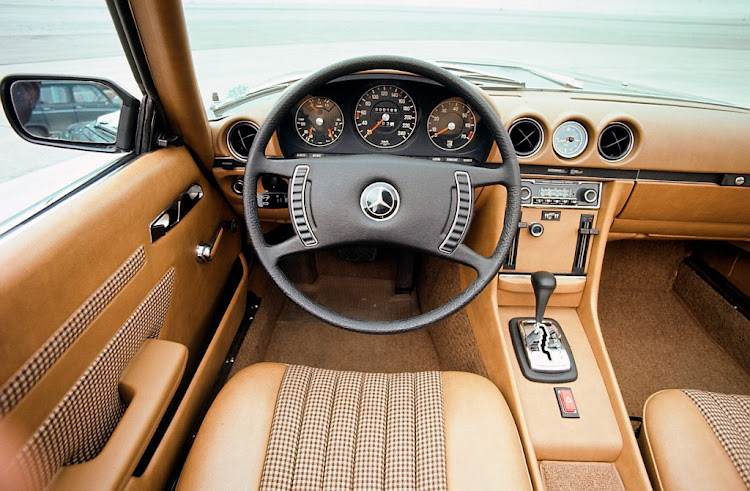 The classic roadster gained a driver’s airbag for the first time in 1982.
Image: Supplied

January 1982 saw the range get a driver’s airbag and seat belt tensioners as optional extras.

The next buzz happened in 1985 when Mercedes-Benz presented a completely revised model range with improved front suspension, and the entry of the 300 SL with a 138kW 3L six-cylinder engine invoking the ghost of the range’s 300 SL pioneer.

The 420 SL with 160kW also arrived while the 500 SL received a small bump in power to 180kW thanks to a redesigned engine with an electronic ignition system and the Bosch KE-Jetronic electronically controlled mechanical fuel injection system.

WATCH | Dream cars from the Mercedes-Benz Museum on Instagram

Take a guided virtual tour of Mercedes 300 SL and other motorised legends.
Motoring
11 months ago

In the romantic spirit of February, allow me to relay a story about a passionate but short relationship between a 27-year-old and a German three ...
Motoring
2 months ago