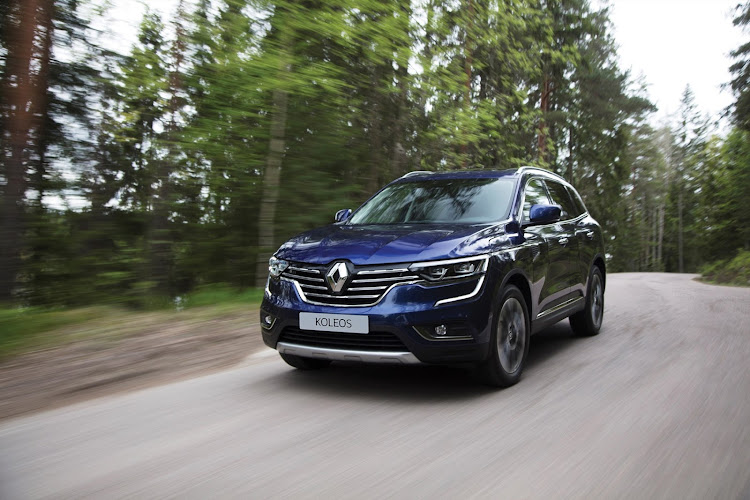 Handsome styling is a highlight of the Renault Koleos.
Image: Supplied

For a manufacturer that is renowned for embracing its Gaelic heritage, there is one vehicle in Renault’s current product line-up that, in my opinion, has lagged behind when it comes to panache — and that’s the Koleos.

The Clio is well into its life-cycle, but still looks as stylish and relevant as when it was first launched in 2012. The Captur also has aged pretty gracefully and when it is equipped with that super-efficient 1.5 dCi engine, it makes for an impressive all-round package in the small SUV category.

Admittedly, the Koleos has boasted some pretty nifty features over the years, but in the styling department it always appeared to be a step behind the rest of the pack. While many manufacturers have embraced the SUV market with quite radical design features (look no further than Lexus), the Koleos has remained decidedly staid. Until earlier this year, that is.

When Renault launched the new Koleos in February, the improvements were noticeable.

The brand's evolving design language finally made an appearance in this rather large five-seater. A low roofline lends a more assertive appearance and dual-exhaust tail pipes, full LED lights, side protective mouldings and large alloy wheels (up to 18-inch) all help when it comes to visual aesthetics. 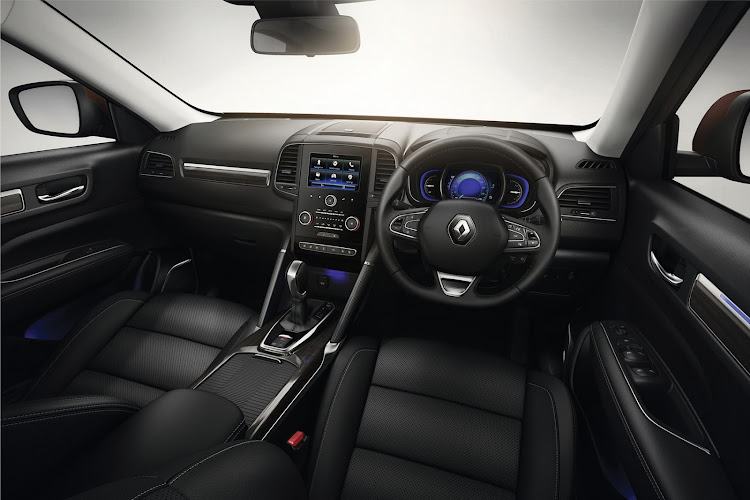 The interior is home to many standard features.
Image: Supplied

The cabin of the Koleos also gets a makeover and it’s not just the quality of the materials used and premium finishes, but the introduction of a wide range of technological updates. Where the vehicle also scores highly is with interior space. It’s worth noting that there has been criticism levelled at the Koleos in the past because it only offers five seats, compared with the seven seats in competitors like the Nissan X-Trail and Kia Sorento.

But for me, and I’m sure for many motorists, this is not a problem, as instead of having to accommodate those extra two seats (and how often are they actually used, anyhow?), there is now ample room for five adults. So much so that the Koleos has a “best-in-class’’ tag when it comes to roominess.

The Koleos line-up is pretty limited, to say the least. There is just one engine and gearbox on offer, and the vehicle is available in a simple choice of either Expression or Dynamique trim levels. Some motorists, though, will smile at the thought of the 4x4 option. Powering the vehicle is a 2.5-litre petrol engine that produces 126kW and 233Nm, and is mated to a CVT gearbox. On paper those figures look quite respectable, on the road, however, it does feel underpowered. 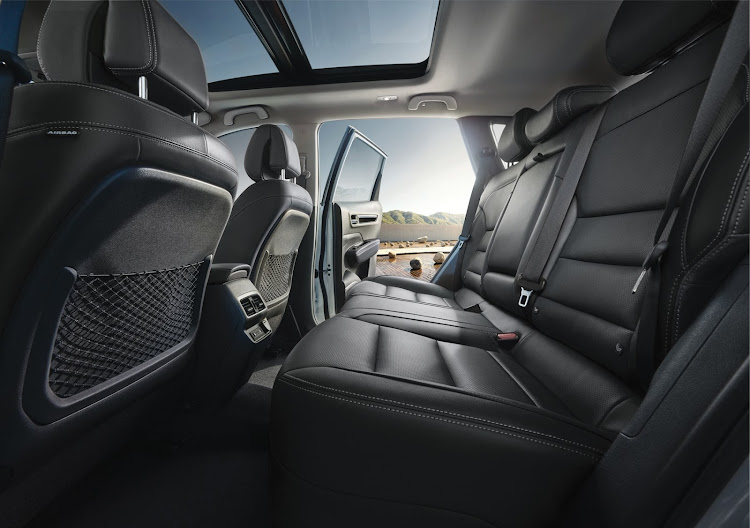 This particular gearbox simply didn’t do it for me and it is a pity there is no manual gearbox available, as this is just about the only downside to what is today a very good vehicle. It’s also good to see the Koleos has been equipped with two rather handy features on the Dynamique model — an electric parking brake and a hands-free power tailgate.

The ride itself is quite acceptable and with a ground clearance of 210mm, gravel, dirt and sand roads are easily negotiated. Another noteworthy feature is that the vehicle comes with a whack of safety features, which all add up to a five-star NCAP certification.

An additional sweetener when it comes to the Koleos — in fact, across Renault’s entire product range — is an impressive five-year/150,000km mechanical warranty, as well as a five-year/90,000km service plan.

While it is pretty hard to fault the Koleos, its sibling, the Duster — either as a 4x2 or 4x4 derivative — also offers excellent value for money. Roughly R200,000 cheaper than the Koleos, this might just be the better option.

Nissan Motor Co CEO Makoto Uchida said on Monday he would work to improve the automaker's financial performance and co-operate closely with alliance ...
Motoring
1 year ago