WATCH | Gautrain leads the way on leveraging branding and positioning 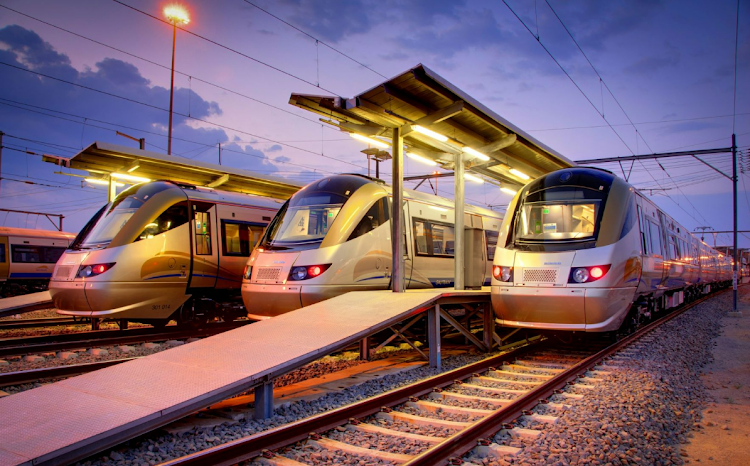 The Gautrain’s long-term aim is to ignite a change in lifestyles.
Image: Supplied

Gautrain is a brand that is continuously growing and widening its customer base.

In a recent TimesLIVE Dialogues event, the Gautrain highlighted how branding and positioning can drive business momentum. Dr Barbara Jensen-Vorster, senior executive manager: communication and marketing at the Gautrain Management Agency (GMA), has been marketing the Gautrain brand since before the system was built.

She initially had to contend with issues such as public scepticism and lack of faith; concern over fraud and corruption; NIMBY (Not In My Backyard) syndrome; and disagreements among representatives of their public private partnership around branding and marketing.

The lesson she learnt with the latter was compromise: lose some battles but win the war. Jensen-Vorster lost the battle for African-themed seat covers, but she won the war to retain the name Gautrain.

To woo the sceptical public, GMA’s communication and marketing team adopted a strategy of “take the people with you on your journey”. Monthly construction updates to the media showed progress with tunnelling and boring; while parallels drawn with the Heathrow Express in London — also a high-frequency airport rail link – showed areas through which the line ran were flourishing after the rail system there was completed. Gradually the Gautrain became our Gautrain.

WATCH | In a recent TimesLIVE Dialogues, the Gautrain highlighted how branding and positioning can drive business momentum.

Criticism that the Gautrain is only for the elite has been harder to tackle, along with the underlying idea that it’s used predominantly by affluent white travellers. Recent market segmentation reports, however, indicate that the Gautrain is used largely by students and black females.

Work needs to be done to ... position the Gautrain as a form of public transport in the minds of commuters

The Gautrain’s long-term aim is to ignite a change in lifestyles and get students to continue using public transport as adults. Jensen-Vorster and her team are targeting learners with a new student product, the “Ride with the G” student card, which offers rewards, product discounts and partnerships all on one card.

The second phase of the Gautrain network is in the pipeline. This time around, the brand is known and trusted. NIMBY has been solved, with property owners appreciating the benefits of a Gautrain station in their neighbourhood.

Even though the use of those properties may have changed, the properties themselves have increased in value. Sandton and Rosebank are now largely business-orientated; and developers of work-play-live complexes are so keen to have a Gautrain station in their neighbourhood that they are offering to contribute to costs.

Social media, says Jensen-Vorster, remains a challenge because of the loss of control of one’s brand. “It becomes co-owned by the public. Any reaction is open to interpretation and criticism, so it’s a delicate balance,” she said.

Her advice for anyone developing a brand is short and simple: “Be passionate about your product.”

WATCH | Is Africa ready to harness tech to rev up public transport?

SPONSORED | This TimesLIVE Dialogue, in partnership with the Gautrain Management Agency, explored the challenges and opportunities presented by smart ...
News
2 months ago