POLL | Should SA do more to help quell the unrest in Eswatini? 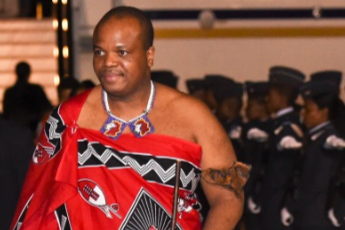 Eswatini's King Mswati III has been in power for more than 35 years. File photo.
Image: GCIS

Should the SA government do more to assist protesting citizens of Eswatini? This is the question raised by many in response to ongoing unrest in that country.

The presidency announced on Wednesday that Cyril Ramaphosa, in his capacity as chairperson of the Southern African Development Community (Sadc) organ on defence, politics and security co-operation, appointed special envoys to engage King Mswati III on security and political developments in the kingdom.

Should SA do more to intervene in Eswatini?

King Mswati, 53, who has ruled for more than 35 years, dismissed accusations of abuses, including killings and beatings by his security forces.

Prime Minister Cleopas Dlamini said in a statement: “Despite the violent crackdown that we saw in June and July, the young people of Eswatini have come back and are persistent in their demands.”

In June and July, the country was thrust into the spotlight as young people protested for the right to elect political leaders and called for reforms to the country’s system of absolute monarchy.

Service delivery, poverty and unemployment are among the concerns cited by an activist who spoke to TimesLIVE on condition of anonymity.

Thou doth protest too much, methinks: King Mswati III