Upshot — we need not worry about this 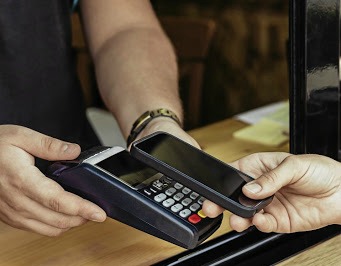 An attendant could never access a client’s account balance without the client's PIN, according to experts. File photo.
Image: 123rf.com

If you hand your debit card to an attendant at a fuel station, can they view your account balance by inserting your card into their pay device?

According to a woman named Thobile*, yes they can — without any input from you.

But the bank and the fuel station involved say that’s simply not possible.

In her widely shared Facebook post, Thobile said when she handed her Tyme Bank card to the attendant to earn loyalty points, she remarked that she wished she had money on the Tyme Bank card to pay for the transaction so she could earn double points.

“The attendant suggested I pay R180 from that account and the rest from my Standard Bank account.

“Shocked, I asked how he knew there was money in that account and he showed me his Speedpoint, which reflected my account balance.

Use of instant EFT services may see consumers give up their rights of recourse and any legal protection in the event of fraud and subsequent loss ...
News
1 year ago

“After I gave him the other card, I asked if he was able to see my balance on that card as well and he said he could.

“I found this disturbing and unsafe. I could be over-reaching but the idea that a customer’s bank balance is seen by the attendants left my mind running wild in terms of safety.”

The post sparked concern that attendants in cahoots with criminals could tip them off about possible targets, with the result that they could be followed home and made to withdraw money at gunpoint.

Asked to comment, Standard Bank’s Ross Linstrom said it was difficult to do so without knowing the full facts, both from the fuel station and Thobile.

“We can only assume therefore that the attendant was able to see the Smart Shopper points balance on the card machine and communicated the R180 balance to the client.”

It is possible for debit card holders to view their account balances when using card machines, he said, but only after the card machine has been passed to them and they have entered their card PIN.

“In the ordinary course of events, no bank balance should ever be visible on the card machine, apart from those two instances,” Linstrom said.

WENDY KNOWLER | Distressed and inconvenienced? The banking ombudsman has your back

Customers are continuously being short-changed or ignored, but the banking watchdog looks for fair resolutions
Opinion & Analysis
1 year ago

“Standard Bank places the highest priority on client confidentiality and privacy, and we urge [Thobile] to contact us directly so we can take this matter up further to put her mind at ease.”

JD Venter, the manager of the Sunpark BP in Mbombela, where the incident took place, backed up the bank’s response.

He told TimesLIVE that on seeing her Facebook post, he contacted Standard Bank, wanting to know “what was going on”.

“The fact of the matter is the card machines my attendants use are not programmed to do balance enquiries — only sales, debits and credits.”

But the machines can reveal the rand value of the loyalty points on cards, for the benefit of the customer, he said.

“On request, the bank can programme the machines to do balance enquiries, but even then, the machine has to be handed to the customer so that they can key in their PIN and look at the balance on the screen without anyone else seeing.

This video shows how the customer has to key in their PIN to see their account balance:

This video explains how to do a #balanceenquiry on an AutoLink Verifone device. A balance enquiry is a quick way for a cardholder to check the funds available in their account before making a purchase.

* Full name withheld as attempts to reach her were unsuccessful.

WENDY KNOWLER | It’s your baby now: no one is on the watch while medaids clobber members

Insurers are smiling because less driving has resulted in less claims, but drivers aren’t necessarily seeing the benefits
Opinion & Analysis
1 year ago

Did you know that none of the extras you have added to your car when you buy it new will be taken into account by a motor dealership when you trade ...
News
1 year ago