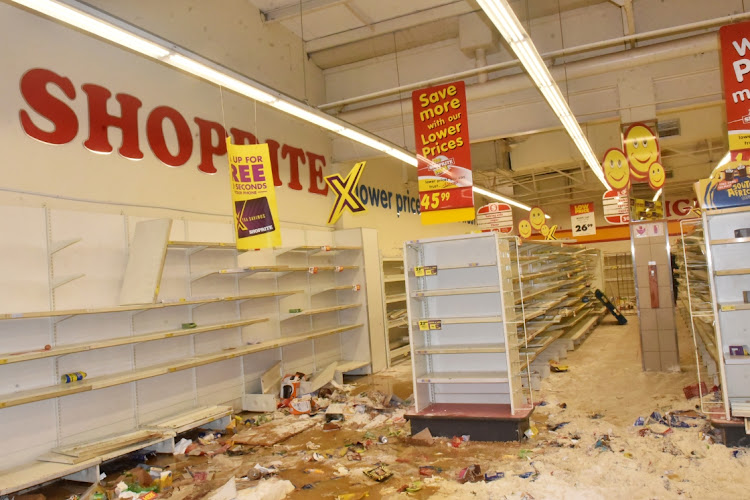 Responding, Outsurance told TimesLIVE that for business policies, Sasria has in the past been an optional cover.
Image: Freddy Mavunda

Nellie Botha has several personal and business policies with Outsurance, and most of them include Sasria — the state-owned SA Special Risk Insurance Association — cover.

When her sewing and dance wear shop was looted along with others in Durban’s Glenwood Village shopping centre in July, she took comfort from the fact that Sasria would settle her R75,000 claim.

Then came a phone call from Outsurance to say she didn’t have Sasria cover on that business policy, but not to worry as this was an oversight on Outsurance’s part and the insurer would settle the claim themselves.

However, that reassurance was short lived. In late September, Botha was told the claim would not be settled as that would be “unfair” to other policyholders.

Sasria has paid R5.8 bn to businesses affected by looting in KZN and Gauteng

Sasria managing director Cedric Masondo said there are ongoing discussions about how the insurer can be "future proof ready and acknowledge the ...
News
1 month ago

Responding, Outsurance told TimesLIVE that for business policies, Sasria has in the past been an optional cover.

“Due to the fact that we have many and varied optional covers, all of them are listed on our client’s schedules, clearly indicating which of these are covered or not,” the insurer said.

Plus, Outsurance said, it sent Botha “numerous” documents reflecting Sasria cover as not being active.

The insurer said “there was no error when the cover was sold”.

However,  because Botha was given “incorrect feedback” on the claim, and based on this “poor service interaction”, Outsurance said “we have made the decision to cover the claim.”

Since the unrest and looting in July, Outsurance has offered Sasria cover in every business quote.

If you haven’t done so, check your car, home contents and business policies to make sure Sasria cover is included.

Clicks has recalled its own brand “odourless warming pad” after TimesLIVE took up the case of a customer whose skin blistered badly when she removed a patch she’d worn for six hours.

Tammy Richards recently applied Clicks’ own brand “odourless warming pad” to a painful area on her torso, and while it did a great job of relieving her pain, the problem started when she removed it six hours later. A “scratchy funny feeling” turned into large blisters.

A year ago several people contacted TimesLIVE to say their skin was injured, seriously in one case, when they removed another brand of heat patch, Dr Lee.

TimesLIVE asked Clicks whether the company had received any other such complaints about that product, and what it would consider to be a fair, reasonable and appropriate response to Richards’ complaint.

“We use an ISO 13485 medical devices certified supplier for the production of Clicks odourless warming pads. Batch release tests are also performed on the temperature delivered by the warming pads.

"We have been in contact with Ms Richards and apologised for the incident. We have taken a full report from her and have refunded the product purchase in the interim.”

The company said it sold more than 43,000 units through its store network in the past year, but did not say whether other consumers had complained of skin damage when removing them.

However it has taken the decision, “purely as a precautionary measure”, to remove stock of the product from the shelves of all its stores “for investigation”.

“Although the product contains specific warnings to not place this product on sensitive skin, we will also provide expanded warnings on the correct usage instructions so it is clearer to our customers,” Clicks said.

The director and four employers of a registered debt collecting firm have each been fined an effective R110,000 by the Council for Debt Collectors ...
News
1 month ago

Car insurance and Ts&Cs: Wendy Knowler's 'watch-outs of the week'