Crysis Remastered is ready to decloak on September 18 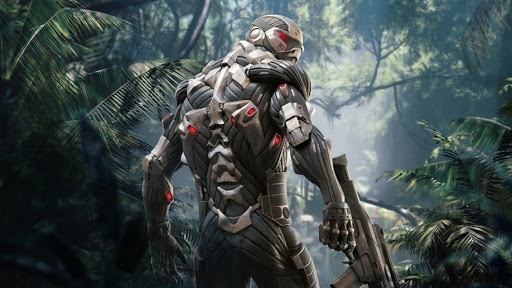 'Crysis' is a first-person shooter video game developed by Crytek and published by Electronic Arts for Microsoft Windows and released in November 2007. 'Crysis Remastered' drops in September.
Image: Supplied

While Crysis Remastered may have been delayed, it’s nice to know that Crytek at least stuck to their guns about how long they would need to patch it up and meet players' expectations.

Despite the game having a reputation for being one of the most gorgeous, GPU-melting titles available back in the day, the trailers for the remastered version left a lot to be desired. The disappointment (sometimes vitriolic, obviously) from fans pushed Crytek to delay the game’s release by an unspecified number of weeks.

As it turns out, that number wasn’t really all that much (look, I wasn’t counting so I have no idea) as the game is now launching on September 18.

The long wait is almost over! It's official: 'Crysis Remastered' is coming to your favourite gaming platforms on September 18.

To really highlight the differences between the original game and the remastered version, Crytek dropped a new trailer showing off side-by-side graphical comparisons and the difference is pretty noticeable.

Most of it seems to be lighting effects, which seems like a pretty standard improvement if you’re going to remaster anything. Beyond that, Crysis Remastered will feature 8K resolutions, a wildly unnecessary number, as well as ray-tracing support, which is great news for the 15 people out there that can run all those things at the same time.

Crysis Remastered will be available on Steam and the Epic Games Store, apparently - I say “apparently” because there’s no page for the game yet, but I have to assume that it will be coming along fairly soon.

Yay for dredging up that ol’ Nanosuit once again!

If you’ve ever played a game modelling itself after 'Dark Souls', you know exactly what 'Mortal Shell' is about.
News
1 year ago

Ghost of Tsushima developer Sucker Punch has announced a brand new co-op multiplayer experience for their smash-hit samurai sandbox, which will be ...
News
1 year ago

Firewatch movie in the works

Most video games don’t lend themselves to movies well - which is the reason why most video game adaptations tend to suck.
News
1 year ago

After the fantastic first Gamedock Cup finished up, the tournament organisers have announced two more cups for South African CS:GO teams to ...
News
1 year ago