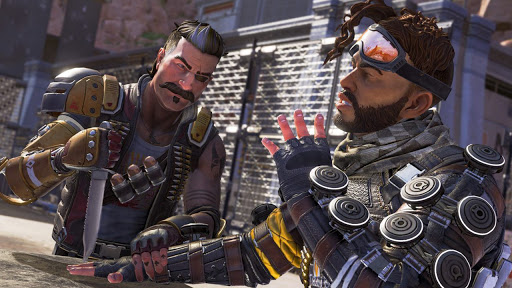 Originally only available on PC via Origin and then launched on Steam in November 2020, Apex Legends is currently one of Steam’s top five most-played games, peaking at over 180,000 players. This knocks Team Fortress 2 out of the top five and puts Apex Legends behind viral Viking survival hit Valheim by about 188,000 peak players (at the time of writing).

Speaking of new platforms, Respawn is due to launch the Nintendo Switch port of Apex Legends next week, on 9 March. The Switch port will include crossplay functionality and players will be granted 30 free Season 8 Battle Pass levels, since they will arrive mid-season. It will be free to play, just like all the others.

In other news, Apex Legends’ (previously extended) Anniversary Collection event ends today and will potentially be replaced by a Caustic-themed takeover event, if the teasers placed around Kings Canyon over the past few days are anything to go by. Recent updates suggest Caustic has co-opted Water Treatment for his own nefarious purposes. Town Takeovers are permanent additions to the maps, themed around the chosen Legend. The last Town Takeover was Pathfinder’s Fight Night on Olympus, which added a melee-only boxing ring.

And the GauFive eGames FIFA 21 champions are…

GauFive’s first ever eGames event ended on Saturday with an exhilarating final between KaylanYT and TheBeastBianchi and Bravado Gaming’s Deevak2309 ...
News
2 months ago

It Takes Two is the cute upcoming co-op game from Hazelight studios and while we may have some super secret hands on with the upcoming game coming up ...
News
2 months ago

Change is on the cards at Destiny developer Bungie, as it looks towards the future and starts putting its eggs into more than just a single 1360 ...
News
2 months ago

Oddworld: Soulstorm is coming to PC (via EGS) and PlayStation some time around May/June.
News
2 months ago
Next Article