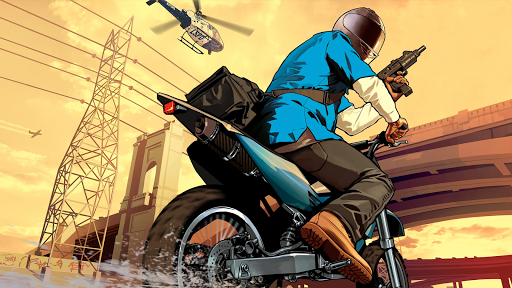 Developed by Rockstar Games in 2013, a unit of Take-Two Interactive Software Inc, GTA V is still one of the best-selling games so far this year.
Image: Supplied

In this week’s edition of It’s Time To Upgrade Now, You Guys, But For Real, Rockstar has confirmed that multiplayer services for the Xbox 360 and PS3 versions of the game are now on limited time.

Those GTA Online servers are going bye-bye on 16 December, according to the announcement, but preceding this, Shark Cash Card DLC purchases for the game’s Diamond Casino & Resort location won’t be available on Xbox 360 and PS3 consoles from 15 September already. I dunno if that’s relevant to local gamers, though, unless you’re connecting through a VPN.

"Please note, these changes are strictly for the PS3 and Xbox 360 versions of GTA Online, and will have no impact on access to, or progress within, the Grand Theft Auto V Story Mode."

GTA Online launched in 2013, but major content updates and expansions on Xbox 360 and PS3 were cancelled from July 2015, with Rockstar citing hardware and other technical limitations. That October, Lowriders was the first DLC to miss previous-gen consoles and launch exclusively on Xbox One and PS4.

New versions of GTA 5 and GTA Online optimised for Xbox Series X/S and PS5 consoles are expected to launch this holiday season.

EA has debuted its next Battlefield game, featuring wingsuits, weather hazards, and 128-player mega-maps – but, for the first time since 2009’s ...
News
6 months ago

Elden Ring is a real game, you guys

Since the game’s announcement at E3 2019, From Software’s Dark Souls-but-with-ponies has been a conspicuous no-show at every subsequent games event – ...
News
7 months ago

Debuted with a teaser trailer at Xbox and Bethesda’s co-op E3 show this weekend, this sci-fi RPG is probably one of 2022’s most-hyped games. But what ...
News
7 months ago

Announced during Summer Games Fest 2021, Death Stranding: Director’s Cut is the official PlayStation 5 upgrade for the weird and wonderful ...
News
7 months ago