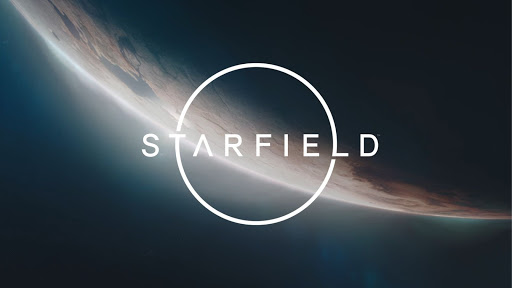 Bethesda describes the game as something where “you’ll be who you want, go where you want.” It’s focused on a last group of explorers in space.
Image: Supplied

Debuted with a teaser trailer at Xbox and Bethesda’s co-op E3 show this weekend, this sci-fi RPG is probably one of 2022’s most-hyped games. But what exactly is it?

“It’s like Skyrim in space,” Bethesda Game Studios’ executive producer Todd Howard tells Washington Post.  “We’ve known for a while that if and when we do something else, it would be science fiction.”

Starfield is the first new universe in 25 years from Bethesda Game Studios, the award-winning creators of The Elder Scrolls V: Skyrim and Fallout 4. In this next generation role-playing game set amongst the stars, create any character you want and explore with unparalleled freedom as you embark on an epic journey to answer humanity’s greatest mystery.

Starfield is Bethesda’s first new IP since Elder Scrolls: Arena in 1994, and also the company’s first new game announcement since its acquisition by Microsoft in March – but it’s been in development for about four years now. Making up an entirely new universe is a lot of work.

“We struggled at first at finding Starfield’s identity. We knew the style of game we wanted. But there’s so much science fiction, we didn’t have this existing franchise feel. We had to create that from scratch. What do the spaceships look like? What’s the tech level? What do people believe? What year is it really set in?” Howard explains.

“This is going to sound cliché, but I mean it. When you look up in the sky, there is this drive to know, what is out there? Are we alone? What are the origins of space and time and all of those things? What role does religion play in some of that as well? So, we do get into some big questions. I think a game like this is a good place to do that.”

As a member of the space agency Constellation, players must find the answers to those “big questions”, somewhere out there between the stars.

“For me, Starfield is the Han Solo simulator,” adds Bethesda managing director Ashley Cheng. “Get in a ship, explore the galaxy, do fun stuff.”

Announced in September 2020 with an expected launch in 2021, Santa Monica Studio confirmed this week that its next Kratos-’em-up won’t be out until ...
News
11 months ago

Announced during Summer Games Fest 2021, Death Stranding: Director’s Cut is the official PlayStation 5 upgrade for the weird and wonderful ...
News
11 months ago

Hello Games has warped its new free Prisms content update into galactic orbit, including a total visual revamp of the game and the debut of new ...
News
11 months ago

Battlefield 6, the game that’s had it’s trailer leaked so many times you’d think Tom Holland was running the development team, will be officially ...
News
11 months ago