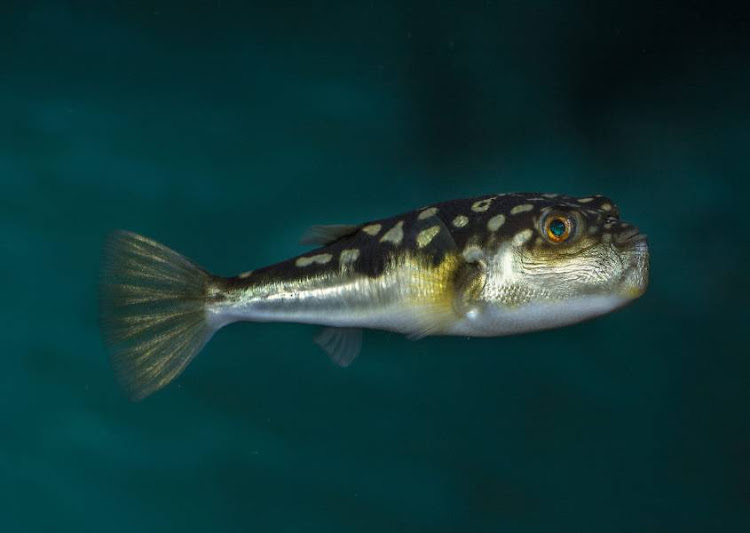 The City of Cape Town has requested that people and their dogs stay clear of toxic evil eye puffer fish washed up on Cape Town’s beaches.

Since Monday the city’s solid waste department has been busy picking up puffer fish which mysteriously started washing ashore.

The city said in a statement that they have filled about 70 bags of fish weighing 200kg picked up from beaches in the False Bay coastline.

“The City of Cape Town's coastal management department has confirmed that the fish mortalities in False Bay in the Muizenberg and Fish Hoek area is exclusively the evil eye puffer fish (locally known as the ‘blaasop’),” the city's mayoral committee member for spatial planning and environment, Marian Nieuwoudt, said in a statement on Wednesday.

Nieuwoudt warned that the puffer fish carried the neurotoxin tetrodotoxin and should not be eaten.

Some of the fish may have been dead longer than thought, said the department of environment, forestry and fisheries.
News
1 year ago

Tetrodotoxin is about 25 times more powerful than cyanide and if ingested in large enough doses will cause paralysis before death.

The American Center for Disease Control says that death from ingesting tetrodotoxin can occur as early as 20 minutes or as late as 24 hours.

City officials are not sure what exactly caused the mass puffer fish deaths as there were no adverse water conditions, red tide, or pollution leading up to the deaths.

True to their name, however, puffer fish tend to inflate themselves when threatened and the city says that a massive fish fight as a result of mass courtship may have led to many male fish inflating and being washed ashore by the wind.

“The department of environment forestry and fisheries (DEFF) has reported and confirmed that there were no adverse (pollution) water conditions or red-tide toxins that may have caused this large scale mortality,” said Nieuwoudt.

“The DEFF has indicated that here are, however, some interesting causes of past puffer fish mortalities recorded in SA and elsewhere. These include mass courtship; spawning and fighting which sees the male puffer fish inflate themselves, and then sometimes get rolled or blown out of the water by waves and/or wind. The City can therefore not confirm the exact cause of the mortalities,” she said.

The city said it would continue to monitor the affected areas.

“We want to assure residents that the cleanup operations will be ongoing. The puffer fish is not for human or animal consumption, so we advise that all beachgoers and dog walkers avoid areas that may still need to be cleaned,” said the statement.

“Due to the reporting of a few puffer fish spotted at Fish Hoek beach, the coastal management team is now sweeping the area and will continue to monitor this beach as well,” said Nieuwoudt.

According to the city, oceanographic and meteorological conditions contributing to the development of algal blooms or so-called ‘red tides’, low-oxygen conditions, large temperature differences (icy to warm water), washouts and mortalities of fish and invertebrates on the West Coast, False Bay and the rest of SA are monitored and tracked by the National Oceans and Coastal Information Management System (OCIMS), a partnership between DFFE, the Council for Scientific and Industrial Research (CSIR) and the SA Environment Observation Network (SAEON).

Similar large-scale fish deaths have been reported recently along the Eastern Cape coast near Gqeberha where a sudden change in temperature resulted in fish being stunned, causing them to wash ashore.

Five lucky matriculants will be jetting off to Antarctica at the end of January, after an intense selection process for a competition they ...
News
1 year ago