EnviroServ responds to threats to shut down its Shongweni landfill 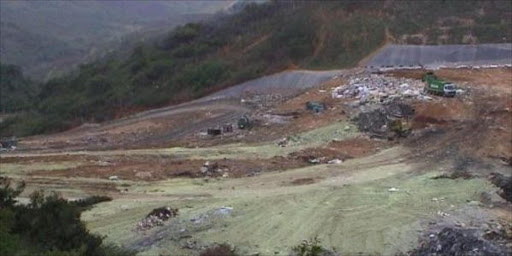 EnviroServ has reacted with surprise to an environmental affairs department notice that it intended to suspend operations or close down the company’s landfill site in Shongweni‚ west of Durban.

News of the notice being issued broke on Friday afternoon‚ the day before residents of the outer west area planned a protest march against the company. They claim that the stench from the site was unbearable and that it brought with it a myriad of health problems.

Environmental affairs said investigations were also ongoing into a breach of the site’s operating conditions‚ which could result in charges being laid.

But EnviroServ chief executive Dean Thompson said on Friday evening that the company would defend itself against the notice.

“It is with surprise that we have received notice from the Department of Environmental Affairs [DEA] of intention to suspend or revoke the Shongweni Waste Management Licence. We will motivate fully why this is not necessary given the facts at hand. In the interim we remain a compliant and legal site‚” he said.

Thompson accused the department of having “succumbed to public opinion” and for deviating from the agreed-on remedial action that was being implemented.

“There is no scientific evidence to link EnviroServ to the odour as the DEA-requested technical and toxicology studies are still underway‚” he said.

He added: “The department’s investigation into potential contraventions of legislation is still preliminary and inconclusive. We are liaising with the investigation unit and have agreed timeframes for the submission of outstanding information and representations. This information still needs to be considered before any decisions are made.”