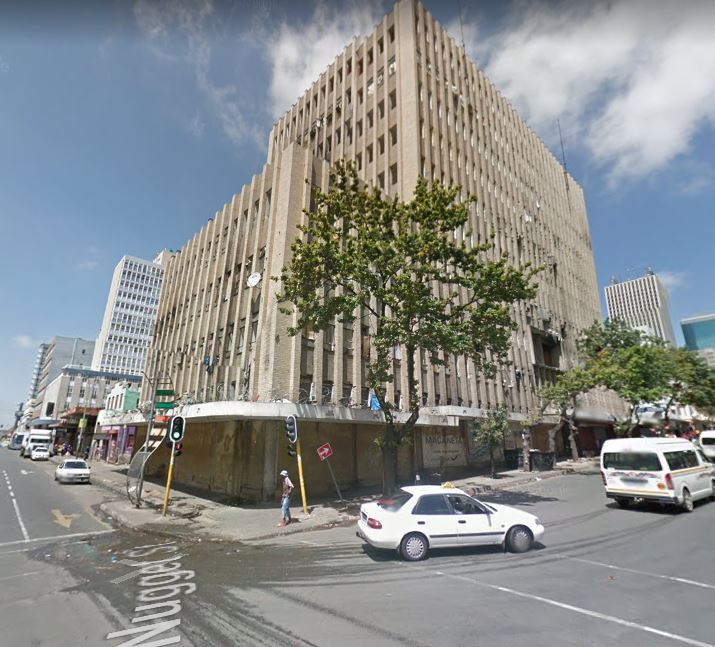 The Cape York building on the corner of Jeppe and Nugget streets in downtown Johannesburg.
Image: Google map

FROM THE VAULT: 'We have nowhere to go'

The slow process of by-law enforcement in rundown‚ hijacked buildings in central Johannesburg is represented by the Cape York - a known risk factor for the poor living within its walls.

This story from our archives highlights the desperation of its residents‚ who four years ago were paying rent to live in a block with no running water or electricity:

The stench of human waste permeates the Cape York building in central Joburg. There is no electricity or running water and mountains of waste is piled against the walls.

Just hours after four people died in a fire at the building early last Saturday‚ residents started moving back in. The fire‚ allegedly started by a jilted lover‚ broke out on the seventh floor of the building. Four people‚ including a baby‚ died. Police spokeswoman Lieutenant-Colonel Katlego Mogale said they were searching for the man believed to have started the fire.

Meanwhile‚ the residents of Cape York are trying to move on with their lives.

Their "homes" are small rooms that cost between R900 and R1500 a month. Most residents use buckets‚ and bags of faeces are often just thrown out of the windows. Rubbish blocks the fire escapes and residents use paraffin to cook food and light their rooms.

Their problems are linked to building hijackers and the slow process of by-law enforcement.

City of Joburg spokesman Nthatisi Modingoane said: "The City of Johannesburg‚ working with law enforcement agencies such as the SAPS‚ has undertaken three blitzes in the building. About 11 people have been arrested in connection with the hijacking of the building."

The council has also taken legal action against Juru Kalinda‚ who‚ it said‚ had power of attorney and had submitted an offer to purchase for the building.

In February‚ residents received a "final notice" from Picropro CC that was signed by JK Kalinda. It said: "We are warning you to stop giving money to inappropriate persons. Failing this‚ you are contributing to the expansion of illegal activities and should therefore be prosecuted by the law accordingly."

In May‚ Picropro CC sent notice of a rent increase to between R850 and R1000‚ depending on the size of the room. In June rentals were increased to R900 and R1500.

Picropro CC is registered to Juru Kayitana Kalinda and the building itself is owned by the Bank of Mozambique. According to the City of Joburg‚ Kalinda has made an offer to purchase Cape York.

For the residents‚ the building is their only refuge: "We don't have any other place to stay. We don't work‚ so what can we do?" said a woman who lives with her family in a small room for which they pay R1500. They are four people.

"We pay R2 to use the toilet at a park. We have to walk 30 minutes just to use that toilet‚" she said.

"We heard that there was no owner‚ so we stopped paying and the security told us not to pay. We were told to pay R500 so that there can be services for cleaners and security‚ and we all paid. We were then told to pay R1500 and people protested‚" she added.

One day the residents returned home to closed gates and were not allowed to enter without showing proof of payment‚ she said.

Another resident said the devastating fire had not made the debt collectors relent one bit. "People are still coming to collect rent money‚ kicking and banging on the doors. Most of the people have left because we are living in fear."

The residents say they use water from the fire extinguishers or beg taxi drivers to use taps at the rank.

Seven people have died in a fire that broke out in the Johannesburg CBD on Wednesday. Rescue personnel battled massive flames in an attempt to put out the blaze. Shot by: Xanderleigh Dookey Edited by: Olorato Mongale Subscribe to TimesLIVE here: https://www.youtube.com/user/TimesLive