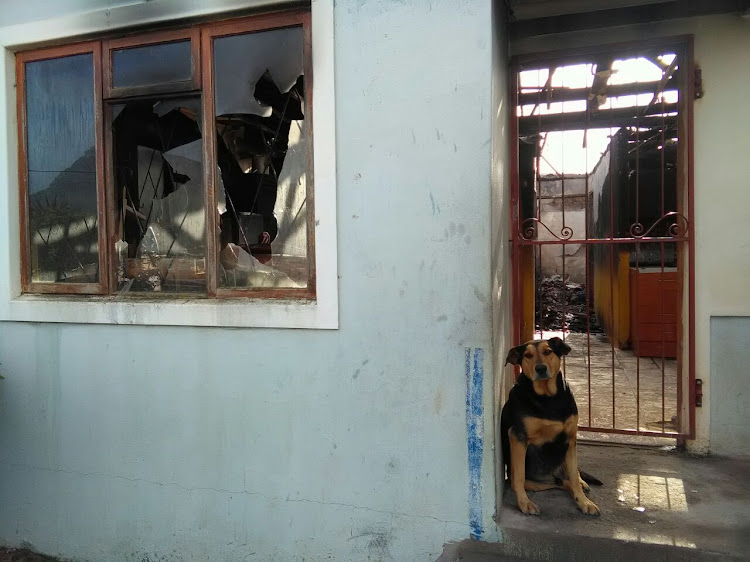 The home of Kenny Tokwe, a leader in Imizamo Yethu, was torched this week in Hout Bay.
Image: Arony Hyman

The mood is tense in Hout Bay’ Imizamo Yethu informal settlement after residents torched the homes of two leaders and looted Somali-owned shops.

Kenny Tokwe‚ 56‚ a founder of the settlement and the man who named it in the early 1990s‚ and Lungisa Bezile lost their homes to arson on Thursday.

Tokwe claims that thugs acting on behalf of rentlords were responsible for the fires.

“The people are behind us to see the plans that we are discussing openly with the City of Cape Town‚ provincial government and national government to keep the area that was affected by fire from being a fire hazard again‚” said Tokwe.

But some people are against “superblocking” - where authorities temporarily house people in different locations while construction is under way.

“The only problem is for the people who claim to be landlords in that area before the fire‚ renting spaces that is not theirs‚ building bigger houses and taverns‚” Tokwe said.

The trouble started on Thursday when city officials removed shacks in areas where they plan to build formal infrastructure such as water‚ roads and electricity.

“For a long time our people were sitting on a time bomb in those areas up there‚ and those people mandated us a long time ago to find ways for them to get electricity and better services. They were even prepared to pay.

“They [the landlords] see this reblocking‚ squeezing the sizes of the plots that they have. [They see it as] losing their income from illegally selling and renting to other people‚” said Tokwe.

The housing issue has been a political hotbed‚ particularly since 4 500 informal houses were destroyed by fire in March‚ leaving 15 000 homeless.

“After the fire we said we can't let the people go back to another time bomb and miserable conditions‚” said Tokwe.

On Friday‚ after the two leaders homes were torched‚ many people did not go to work or to school‚ because they feared losing their homes to fire or have their belongings stolen by criminals take advantage of the situation.

Bezile‚ 39‚ who has liven in Imizamo Yethu since 1996‚ said he and his family have lost everything but that he was thankful they were not at home when it was set on fire.

“We will try to rebuild our lives; it will take time‚ it will never be the same‚” said Bezile.