Mbete’s response to DA: I’ll decide when to tell you my decision on the secret vote 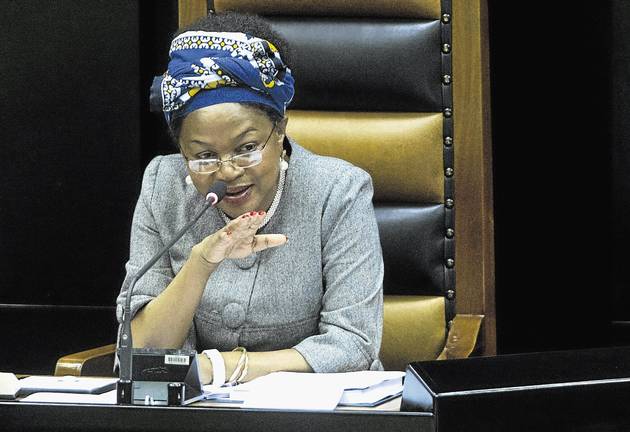 National Assembly Speaker Baleka Mbete said on Friday that the Constitutional Court had not said when she should make her decision known on a secret vote of no confidence in the president.

She was responding to chief whip of the Democratic Alliance John Steenhuisen’s “demand” regarding a decision on the appropriate voting procedure by Friday.

Mbete said in a statement on Friday that she’d communicate her decision “to parties at the earliest opportunity‚ before the scheduled debate on 8 August 2017”.

The Constitutional Court found that the speaker has the discretion to determine a voting procedure in a motion of no confidence and that it must take into account various factors‚ including that such a decision must be rational and not be made arbitrarily.

“In this respect‚ while the court did not prescribe a specific timeframe within which such a decision must be made‚ due regard must‚ as stated by the Court‚ be given to the circumstances prevalent in a particular case to ensure that the test of rationality is met. The circumstances in the case in question require careful consideration‚” she said.