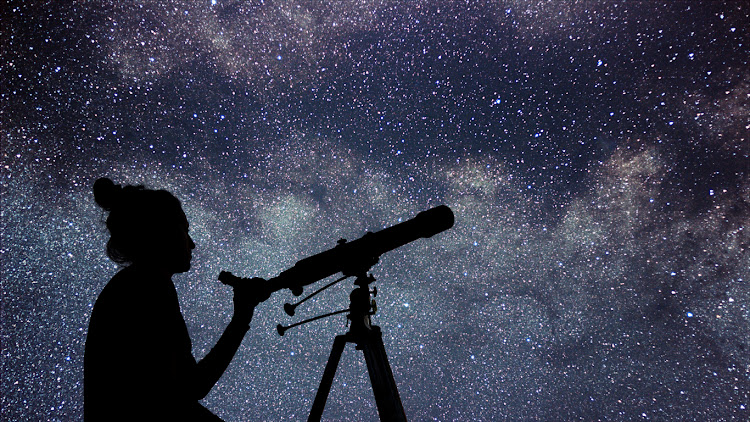 On Friday evening‚ the Astronomical Society of Southern Africa Durban is hoping to break the global stargazing record.
Image: iStock

On Friday evening‚ the Astronomical Society of Southern Africa (ASSA) Durban will be reaching for the stars.

They gathered together 1‚868 people in 2015‚ but project director Logan Govender is optimistic that at least 2‚000 people will gather at 7.30pm at Durban's Botanic Gardens with their telescopes‚ binoculars spotting scopes‚ cameras with telephoto lenses‚ opera glasses and even toy binoculars aimed at the heavens.

This will make Durban a "star" in its own right‚ at least as far as the Guinness World Records are concerned.

Durban has one of the most active branches in the country with over 150 members‚ said Govender‚ who is also media director of the society. “When I first joined I imagined it would be for mathematicians and scientists. I was just a businessman so I was amazed at how easy it was to learn about the night sky.

“There is a simple system that can teach you to identify 200 stars in the space of 40 minutes.”

The date of the August 18 was chosen because it is the weekend closest to the new moon‚ when the sky is at its darkest.

Although it is predicted that the weather will be partly cloudy‚ the evening itself should be dry.

Once the official number crunching is over‚ a “star party” follows.

“The society’s telescopes will be set up‚ each aimed at different parts of the sky. Everyone will get a chance to look. Did you know that fewer than 1% of all people have seen the planet Mercury? And that even fewer have seen Saturn rings in all their glory?”

The society is hoping that the world record attempt will create more public awareness for the society.

“The skies are for free‚” said Govender‚ “Anyone with a pair of binoculars can look at the sky and be richly rewarded.

“Symbolically it is where the heavens lie‚ its reach is unfathomable. The earth is a grain of sand on the beach compared to the universe. We may imagine that we are invincible but when we look into space we are humbled by its magnitude.”

The event takes place adjacent to the orchard house. Attendance is free. People are encouraged to bring blankets‚ picnics and drinks. To be included in the count be sure to bring along a telescopic device.

Paul Ash discovers the treasures of the Green Kalahari The Kalahari Desert is a name that conjures up mysteries. Red sands, sunbaked mountains and ...
Lifestyle
5 years ago

Seven billion years. That is the difference in age of two kinds of star just found in the centre of our Milky Way galaxy by an international team of ...
News
5 years ago