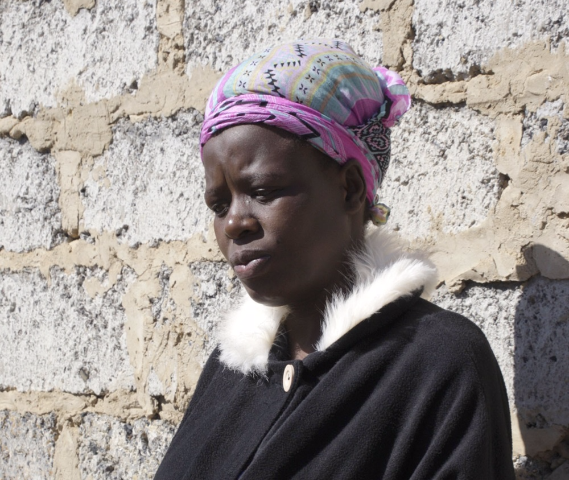 Nozipho Hlatshwayo, cousin of Zanele Hlatshwayo who went missing and is believed to be a victim of cannibals.

Philiswe Hlatshwayo has no idea where her daughter, Zanele, is or what has become of her but is haunted by the possibility that her neighbours could have eaten her.

On Wednesday police arrested a fifth person linked to an unfolding cannibalism saga playing out in the sparse villages surrounding Estcourt, in KwaZulu-Natal's Midlands. 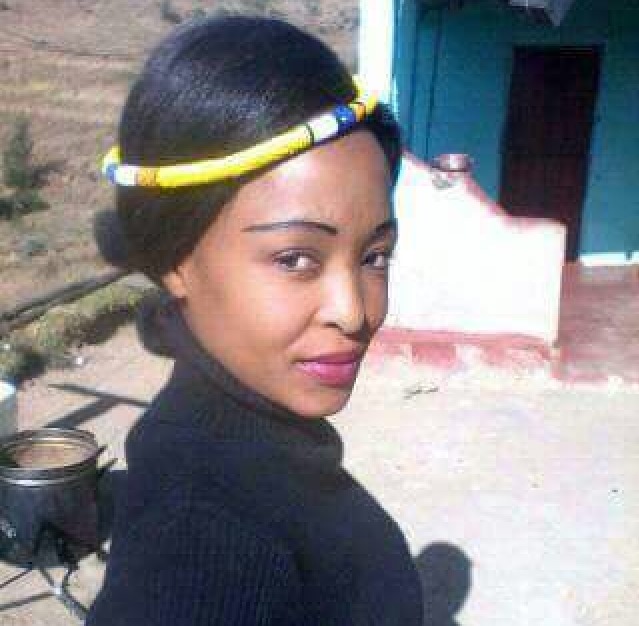 Philiswe is so overcome with anxiety and fear at the thought of 25-year-old Zanele having been murdered and her flesh eaten that she was unable to even talk about her beloved daughter when The Times visited the family home in Shayamoya, near Giants Castle, about 35km west of Estcourt.

Zanele's two-year-old son is unaware of the fate that might have befallen his mother.

It's been nearly a month since Philiswe last saw Zanele on July 25, but with the young woman having left for Pietermaritzburg to visit a grandmother - and despite the fact that she didn't phone to say she was there safely - the family wasn't overly concerned.

But that all changed on Monday when Zanele's cousin, Nozipho Hlatshwayo, heard how four men had been arrested and appeared in the Estcourt Magistrate's Court on charges of murder and conspiracy to commit murder as part of alleged cannibalism.

The four, one a local nyanga (traditional healer), were arrested on Saturday when a man walked into a police station and told officers he was "tired of eating human flesh" - and then produced human body parts to back up his claim.

A fifth man was arrested on Wednesday and will appear with the other four again on Monday for a formal bail hearing.

Now nervous, Nozipho phoned an aunt in Pietermaritzburg to check if Zanele was safe. The answer sent chills down her spine and sent the family into a panic.

"She said Zanele never came to Maritzburg and they were not aware she was missing," said Nozipho, tears in her eyes.

"We went straight to the police. An officer asked us what Zanele had been wearing on the day she left home. I was so close to Zanele that I knew even the colour of underwear she had on the day. She wore black leggings, a shirt and a bag in which she had stuffed her jeans. I gave the police officer this description and he asked us to wait." When he returned, the news could not have been worse.

He carried into the room what Nozipho believes is the outfit Zanele had been wearing - soaked in blood.

They were told an armless, beheaded and severely mutilated body had been found in Esigodlweni, east of Estcourt, in a veld.

Cannibalism‚ an extreme form of Banting? What’s the consensus?

On Friday‚ a man walked into a police station in Estcourt and said‚ “I’m tired of eating human flesh.” Two days later‚ he and two others were in ...
Ideas
4 years ago

The Hlatshwayos are among about half-a-dozen families who have since gone to police in Estcourt to check whether their missing loved ones were caught up in a scandal that has rocked the largely rural community.

Nozipho said that, just before Zanele left for Pietermaritzburg she had spoken to them about apparent kidnappings in the area. She was reportedly worried that abductions were on the rise.

"The police would not show us her body and the body has been sent for a postmortem.

"The body will not be released until the identity is confirmed," she said.

Following the arrest of a fifth man believed to be involved in the bizarre cannibalism scandal in at least three villages surrounding Estcourt, police believe more suspects and accomplices will be arrested.