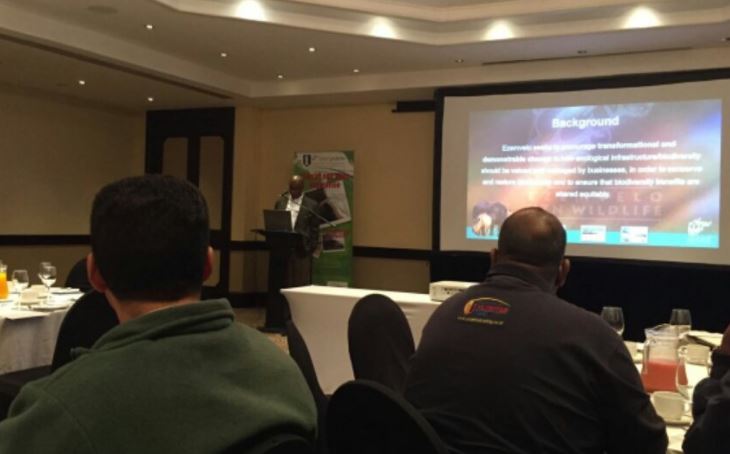 Mabunda’s resignation coincides with the unexpected “departure” of Andrew Zaloumis‚ chief executive of the iSimangaliso Wetland Park earlier on Sunday. Zaloumis has not commented on the circumstances of his sudden departure‚ 18 months before his contract was due to end.

Mabunda resigned six weeks ago and gave a formal farewell speech to staff on July 25 at Ezemvelo’s Pietermaritzburg head office.

But‚ nine days later‚ he was forced to return after Sihle Zikalala‚ the provincial ANC chairperson and MEC for Economic Development‚ Tourism and Environmental Affairs‚ refused to accept his resignation.

Zikalala said at the time that he had not endorsed any agreement between Mabunda and the board of Ezemvelo that would allow the chief executive to leave.

Samwu backs motion of no confidence in Joburg mayor Mashaba

The South African Municipal Workers’ Union (Samwu) says it supports the motion of no confidence against Johannesburg mayor Herman Mashaba.
Politics
3 years ago

Board chairman Zwile Zulu said board members had accepted “the wise counsel” of Zikalala on the matter and was happy to announce that Mabunda would stay on.

In his statement last month‚ Mabunda said he had decided to continue serving this organisation in accordance with his contract and he looked forward to “ensuring that Ezemvelo becomes a world-renowned leader in the field of biodiversity and conservation”.

But on Friday Zikalala issued a statement confirming that he had accepted Mabunda’s resignation. He said that Ezemvelo biodiversity managing executive Bheki Khoza had been appointed acting chief executive.

“I accept Dr Mabunda’s resignation given his good record at Ezemvelo. We are‚ nonetheless‚ grateful for his stellar performance in stabilising the entity and putting it on a sound corporate governance footing‚” said Zikalala.

Mabunda‚ who is understood to have clashed with some of the new board members appointed by Zikalala last year‚ did not respond to requests for comment on Friday.

KwaZulu-Natal police have seized the three firearms brandished in a video by two ANC-assigned bodyguards and will send them for ballistics testing to ...
Politics
3 years ago

Khoza has a Nature Conservation Diploma from Cwaka Agricultural College and completed an executive development programme at Unisa’s School of Business Leadership as well as advanced project management training at the University of Cape Town’s Graduate School of Business.

In his official farewell statement at the end of July‚ Mabunda said it had been an uphill struggle to raise enough money to run Ezemvelo since he joined in November 2014‚ but his parting was “amicable and mutual”.

“The media’s allegations of a power struggle between the board and management is incorrect and mischievous. It is a truism that people will come and go in any institution and that change is a constant. In the next year or two‚ who knows‚ there may as well be no Ezemvelo in its present form but a new entity with a new leadership from board to management if the current rationalisation of public entities is anything to go by.”

Earlier this year‚ Zikalala announced plans to rationalise the number of public entities in KwaZulu-Natal to cut costs‚ including plans to merge Ezemvelo with the KZN Sharks Board.