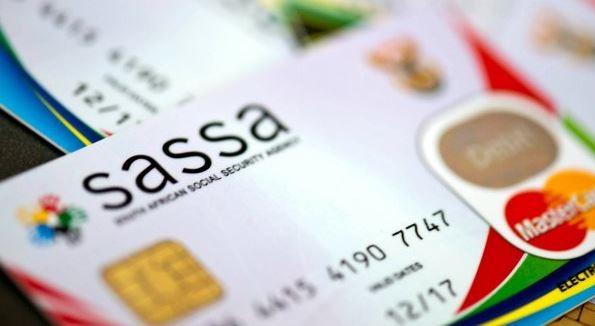 The Department of Social Development has started putting systems in place to replace Cash Paymaster Services (CPS) as the payer of social grants. File photo.
Image: POWER987 News via Twitter

The Department of Social Development has started putting systems in place to replace Cash Paymaster Services (CPS) as the payer of social grants.

The department was ordered to have a new system in place by April this year after its contract with CPS was ruled invalid‚ but it ignored the Constitutional Court order.

A second court case and March judgment ordered the department to ensure it had a new payment system in place.

This could save billions of rands as CPS wanted R4.7-billion for a two-year contract‚ according to court papers.

Here are five things the department has done to replace CPS.

The SA Social Security Agency (Sassa) will announce next week what role the Post Office will play to help pay grants to 11 million beneficiaries‚ ...
Politics
4 years ago

1. The Post Office has undergone due diligence by the Council for Scientific and Industrial Research to see whether it can be used to pay grants.

Due diligence is an assessment of the Post Office's capabilities‚ strengths‚ weaknesses‚ debt and assets.

The outcome of the assessment and how the Post Office can support grant payments will be announced next week‚ said Dlamini.

2. The South Africa Social Security Agency (Sassa) is opening a new bank account for the monthly R10-billion that is paid in grants with support from the Treasury and South African Reserve Bank.

This will enable it pay grant recipients directly from its own account.

3. It is taking over management of grant deductions.

CPS provided information of its grant recipients to its sister companies‚ who then sold funeral and other policies to them.

These deductions meant beneficiaries’ grants were reduced. Even children had funeral policies deducted from child grants.

Sassa says it has upgraded software to detect whether problems with the policy deductions. It wants to ensure no policy deducts more than 10% of the grant value; it is now illegal to do so.

4. The list of the estimated two million beneficiaries who have private bank accounts will be provided this month‚ which means Sassa will be able to pay grants directly into their banks accounts by March.

It currently pays the grant money into the CPS bank account and CPS pays this into the bank accounts of recipients. Taking over payments into beneficiaries’ accounts from CPS will remove the need for a third party.

5. It is rolling out a biometric system so that beneficiaries their fingerprints for identity.

This will be implemented over three years and will be used to decrease fraud and people claiming grants that don’t belong to them.

Three non-governmental organisations (NGOs) have filed a complaint about an investment of $107-million in Net1 UEPS Technologies.
Business Times
4 years ago

He was the banking services ombudsman for seven years as well the Consumer Goods and Services Ombud until a few months ago‚ and now Advocate Neville ...
News
4 years ago

Six loansharks guilty of cashing in on clients’ Sassa cards

The Hawks arrested a moneylender withdrawing money allegedly from her clients’ accounts using their social grants cards.
News
4 years ago

Credit providers holding on to bank cards as surety for loans have been raided in Mpumalanga and Limpopo.
News
4 years ago