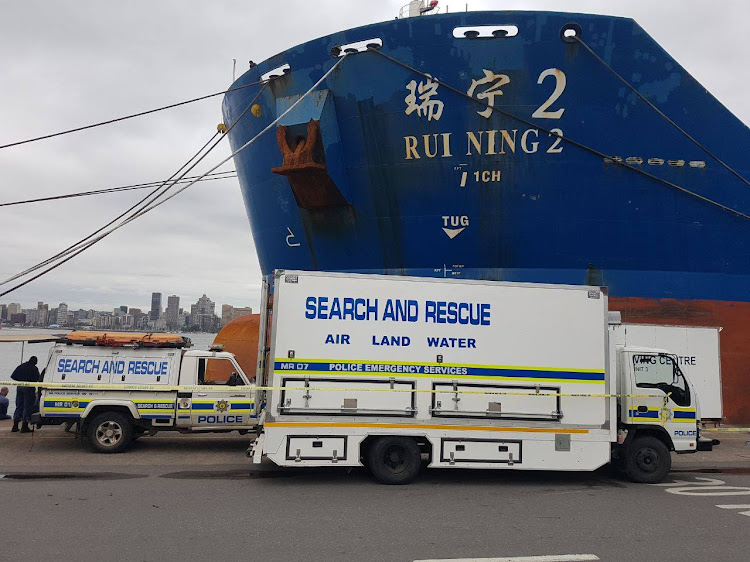 Police search and rescue divers at Durban harbour during the search for the missing commercial diver on Wednesday.
Image: SAPS

The search for a missing 23-year-old commercial diver at Pier 104 in the Durban Harbour‚ has ended in tragedy after his body was recovered on Thursday morning.

The diver went missing while working on the hull of a vessel on Sunday. He was not wearing a lifeline at the time‚ a device that could easily have identified his position in the murky water.

Police divers from Durban‚ Port Shepstone and PSS conducted extensive searches since the diver went missing but to no avail.

A police search and rescue diver said his body was spotted floating alongside the wharf early on Thursday morning. “He was found in the area where he went missing‚ strong winds blew his partially decomposed body back to the wharf where he was found this morning.

“The official cause of death still needs to be investigated‚ but the diver is believed to have died from drowning.

“He was dressed in diving gear with his cylinders attached‚ but he was not wearing a mask at the time of recovery.”

The police diver said many questions needed to be asked about why proper safety precautions hadn’t been followed. 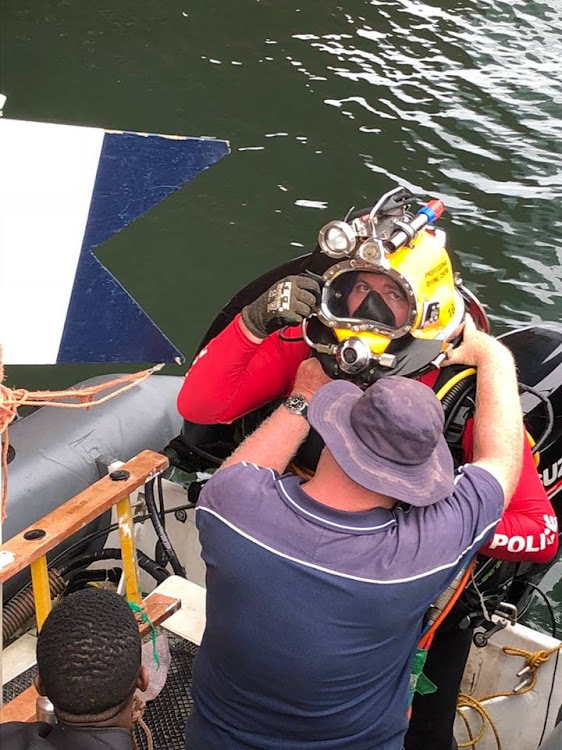 An SAPS Search and Rescue diver is fitted with his breathing apparatus during the search for the missing diver on Wednesday.
Image: SAPS

“A standby diver was on scene at the time the diver went missing but many questions will be asked about why he wasn’t attached to a lifeline.

“It took the standby diver 15 minutes to realise that something was wrong and then he still had to try locate the missing diver in the dark water.”

Firefighters and paramedics battled for nearly half an hour to free two people trapped inside the wreckage of a car on the N2 in Durban on Thursday ...
News
4 years ago

Police have warned communities not to use open water for traditional ceremonies if they are unable to swim.
News
4 years ago

Drowning and water-associated emergency incidents peak during December and January‚ with people who may be inexperienced or unable to swim getting ...
News
4 years ago

Two boys - aged 10 and 11 - drowned while swimming in the Umdloti River‚ north of Durban‚ on Monday.
News
4 years ago