'I was excited to travel' - rescued beauty therapist 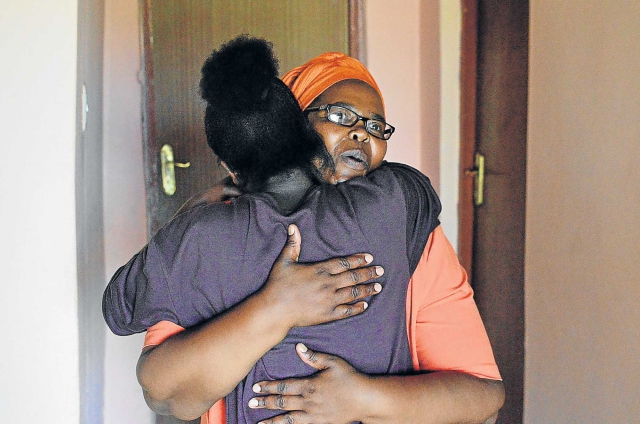 Khayakazi Mabona hugs her daughter, Saphetha, at their home in Peddie after checking out a highly suspicious work contract from Uganda.
Image: RANDELL ROSKRUGE

A beauty therapist rescued from suspected human traffickers as she was about to leave South Africa is grateful her mother told the Hawks that there was something suspicious about her new job.

Saphetha Mabona‚ 22‚ from Peddie in the Eastern Cape‚ was rescued just before boarding a one-way flight in Johannesburg to work at a "beauty parlour" in Uganda. 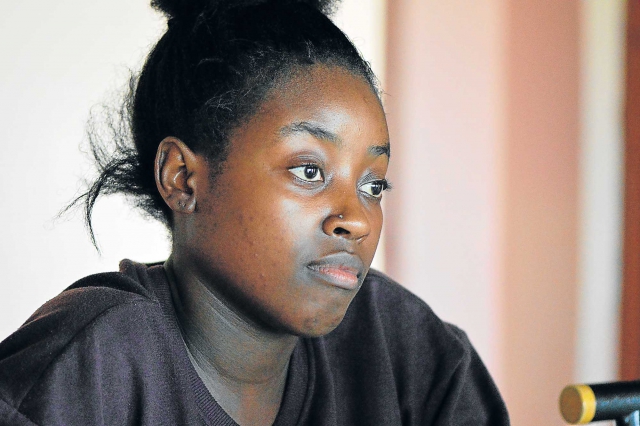 Saphetha Mabona wanted to travel and thought she had a job.
Image: RANDELL ROSKRUGE

The Hawks contacted Interpol to verify if the beauty parlour was legitimate after being contacted by her mother‚ Khayakazi Mabona. It turned out to be a restaurant.

“Like any young woman‚ I was excited to travel and work in another country‚ but luckily my mother and sisters insisted on checking the company … I don’t know what would have happened to me if I was allowed to travel‚” Mabona told DispatchLIVE.

Her mother and siblings insisted on checking to see if the company existed‚ she said.

Her mother became worried when she realised the "work" contract was for six months but her visa was for a 30-day stay‚ as a tourist.

Mabona said that her daughter had been interviewed via Skype. “They immediately told her she’s got the job and arranged for her plane tickets. She was told to travel earlier this month‚ but we asked for postponement as we wanted her to visit an immunisation clinic‚" she said.

"The mother of the victim raised the alarm after she got suspicious about the entire trip‚” said a statement by the Hawks on Monday.

“Investigations revealed that the beauty parlour was in fact a restaurant. The task team members travelled to Johannesburg and managed to rescue the victim at the ... airport as she was about to board a flight to the foreign African country.”

A qualified beauty therapist has been reunited with her family in King William’s Town after being rescued from suspected human traffickers in Gauteng.
News
4 years ago

Musician Thandiswa Mazwai has recounted the heart-wrenching experience of meeting a teenage girl in Addis Ababa who had apparently been sold by her ...
TshisaLIVE
4 years ago

Suspected trafficking kingpin hands himself over to Hawks

A prominent Free State businessman‚ suspected by police of being the kingpin of a human slave trade syndicate‚ has been arrested.
News
4 years ago

"Livestock for sale‚" reads the nondescript blue sign that marks the boundary of a Free State farm that has attained notoriety over the past several ...
News
4 years ago