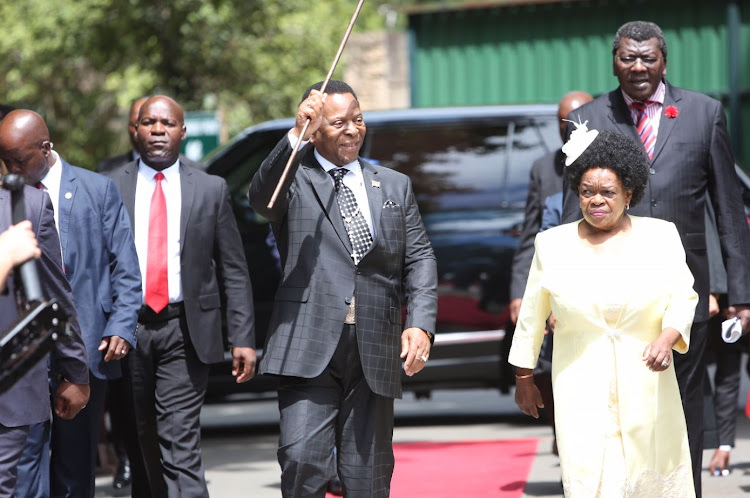 Zulu King Goodwill Zwelithini plans to sue MiWay over a leaked conversation between one of the insurance company's sales reps and himself.

His attorney Theasen Pillay said a claim was being formulated for damages‚ however an amount had yet to be decided upon.

He was instructed to act on behalf of the Zulu monarch following the "disobedient‚ disrespectful and contemptible means by which a protected recording of the conversation between a MiWay sales consultant and His Majesty was dissimilated from the control of MiWay".

The leaked conversation between a sales rep from the insurance company MiWay and King Goodwill Zwelithini contravened the Protection of Personal ...
News
3 years ago

The recorded conversation‚ which was leaked on social media‚ starts with the sales representative addressing Zwelithini by his first name. The king then reprimands the sales rep.

In a statement released on Saturday‚ Pillay said Zwelithini did not have an issue with the content of the recording but was offended by the "unbecoming and overtly disrespectful means" in which MiWay operated.

Two days before issuing the statement‚ Pillay had received a copy of MiWay's written response to the Information Regulator‚ tasked with investigating whether the insurance firm contravened the Protection of Personal Information Act.

"Discussions between the parties have since broken down‚ with His Majesty taking the view that MiWay have no regard for the sanctity‚ responsibility and respect for protected private information.

"His Majesty is also of the view that MiWay has no regard for transparency and are deliberately circumventing‚ what is seemingly a simple enquiry‚" Pillay said. Pillay said common sense would dictate that MiWay could have used its advanced computer security systems to ascertain the circumstances surrounding the leak.

The Zulu royal family is to take legal action against MiWay insurance company for the leaking of a recorded conversation between a sales rep and the ...
News
3 years ago

"As we enter the third week after the incident‚ MiWay has still not reported on the exact circumstances as to how the recording came to be leaked."

Pillay said MiWay also did not open a criminal charge despite claiming that it had been a victim of rogue activity.

The insurance company had also failed to confirm if any internal disciplinary measures were taken against the sales rep‚ Pillay said.