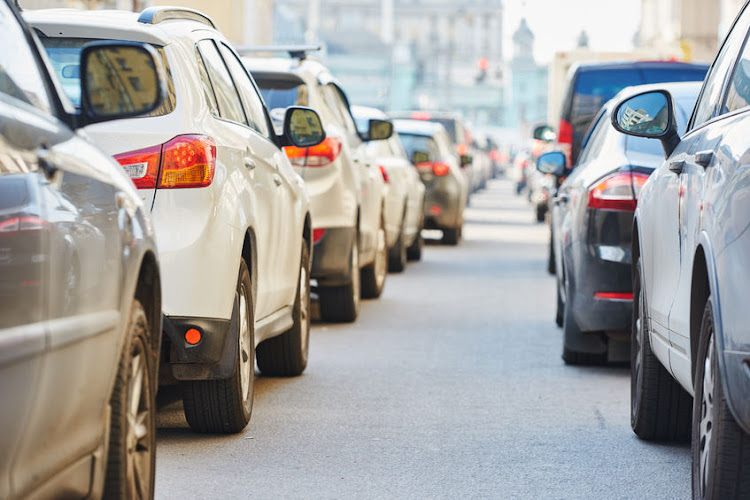 Four ripped-apart street lights stand out in the median strip near the intersection‚ a stark reminder of horrific accidents that happen there regularly.
Image: 123RF/Dmitry Kalinovsky

The Pinehaven intersection‚ which connects the busy Hendrik Potgieter road and the R28/N14 highway on Gauteng's West Rand‚ should have been eradicated and replaced seven years ago with a safer modern interchange that requires no vehicle to come to a complete stop.

Four ripped-apart street lights stand out in the median strip near the intersection‚ a stark reminder of horrific accidents that happen there regularly.

The intersection‚ situated at the bottom end of a downhill stretch of the N14 highway from Krugersdorp in Muldersdrift‚ recorded yet another collision on Wednesday morning when two vehicles collided.

Reports of cash-in-transit heist on N12

Traffic delays were reported near Atlas Road in Boksburg on the N12 east of Johannesburg on Saturday morning due to an apparent cash-in-transit heist.
News
3 years ago

However‚ a legal dispute between Gauteng Roads and Transport MEC Ismail Vadi and a company “appointed” in a R100-million per year deal to upgrade the intersection‚ has seemingly stalled the move to make the intersection safer.

Motorist Warrior Motsi‚ who uses the intersection daily‚ has seen about five fatal accidents and many more close-shaves.

“This is not a safe intersection at all. I have seen so many accidents happen here‚ trucks overturning and people dying‚” he said‚ adding: “I have a cousin who was involved in a bad car accident at this intersection.”

According to the Roads and Transport department's “Strategic Road Network” document dated July 2006‚ the intersection experienced high traffic volumes and collision rates and needed to be realigned.

The department’s spokesperson Melitah Madiba said they anticipated “preparatory work” on the project to start some time in the next financial year. “As soon as funding for the project is made available from Treasury‚ the department will issue a tender for construction‚” she said.

The Boeing 737-200 that was expected to cause peak-time traffic chaos in Johannesburg on Tuesday was delayed‚ but is still expected to disrupt ...
News
3 years ago

However‚ Zvoni Resources‚ a company armed with an appointment letter from the department to build the interchange‚ said it had raised R600-million for the project.

Director Godfrey Mabasa said they were made to go to the South Gauteng high court in 2012 to stop MEC Ismail Vadi from cancelling their appointment. “It’s unfair that after having done nothing wrong‚ we have to go fight it out in court‚” Mabasa said.

He said his company was ready to deliver on the project but were stalled by Vadi and the department.

Madiba said they believed they have “no valid contract” with Mabasa’s company and were prepared to “defend the matter” in court.

As the matter looks set to drag on in court‚ motorists will have to continue riding their luck while using this unsafe intersection.

According to the Road Traffic Management Corporation‚ in July last year‚ the intersection recorded a serious incident which involved a seven-vehicle pile-up which also included a truck and a bus where several people suffered serious injuries.

Road Traffic Management Corporation’s spokesman Simon Zwane said: “It’s a very busy intersection. Unlike many others‚ it needs to be approached with extreme caution by motorists due to the types of accidents we’ve seen there.”