Malusi Gigaba defends appointments he made 'on merit' 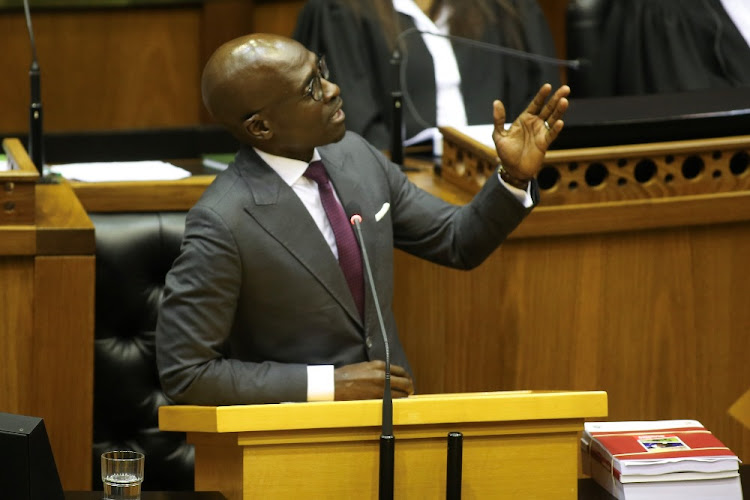 Home Affairs Minister Malusi Gigaba said in Parliament on Tuesday that “it has been disheartening and shocking” for him to see that some of the appointments he made during his tenure as minister of public enterprises‚ from November 2010 to May 2014‚ are now being impugned.

Gigaba appeared before the state capture inquiry being conducted by the public enterprises committee.

He said that at the time he made the appointments‚ they were “hailed publicly as positive appointments for government”.

Among the allegations Gigaba addressed was that he appointed suspect directors to the boards of state-owned enterprises.

Minister of Home Affairs, Malusi Gigaba, will appear before the parliamentary inquiry into Eskom on Tuesday to answer questions about governance at ...
Politics
4 years ago

“I made decisions to ensure good governance and I appointed people who I viewed as competent to fulfil some very important roles in the state-owned companies that were under the Department of Public Enterprises portfolio‚” Gigaba told the committee in the conclusion of his testimony.

“I am severely disappointed that those roles appear‚ in certain instances‚ to have been abused.

“I regret any role that I inadvertently played in the appointment of any director who subsequently failed to prioritise the interests of the relevant state-owned company and more importantly this country.

“At the time I acted on the facts available to me and made what I thought were meritorious appointments.”

Gigaba said that at all times during his tenure he acted in the interests of the state-owned companies and the public‚ and emphasised that at no time did he interfere with board appointments‚ the constitution of board committees or tenders.

South African Airways to scale back in break-even bid

South African Airways is striving to return to profit in three years by reducing the size of the network and transferring planes to its low-cost ...
Business Times
4 years ago

The Gupta brothers and former SAA chairperson Dudu Myeni have been accused of showing an “unacceptable disregard” for parliament for not putting in ...
Politics
4 years ago

The permanent residency of Ajay Gupta hangs in balance after home affairs minister Malusi Gigaba initiated a process to revoke it. The Sunday Times ...
News
4 years ago