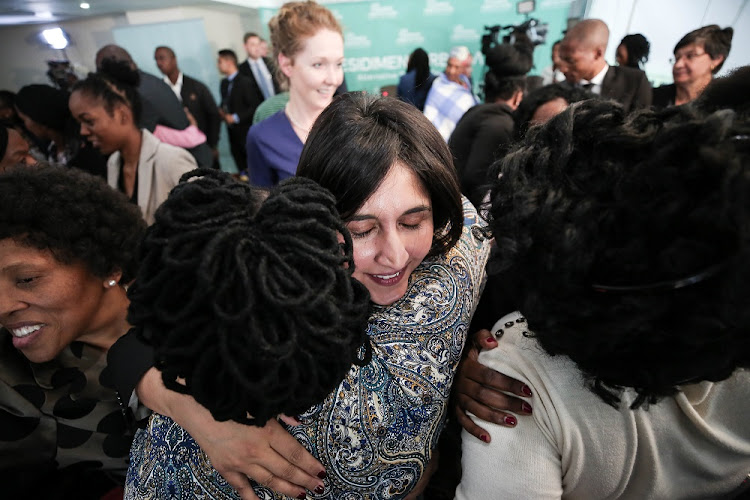 The judge saw through the “arrogance and lies” of officials‚ says Christine Nxumalo‚ representative of more than 60 families who were awarded more than R1-million in damages in the Life Esidimeni saga.

Justice Dikgang Moseneke awarded R1-million on constitutional damages to almost 70 families of the dead and to 68 survivors represented by Legal Aid.

Moseneke in his ruling said frequently that officials behind the project lied and breached the Constitution in the way they ended the Life Esidimeni contract and forced patients into NGOs. He said patients had been "tortured".

The rights of mentally ill patients and their families were flagrantly violated and disregarded during the Life Esidimeni debacle‚ retired deputy ...
News
4 years ago

He slammed the then Gauteng MEC for health Qedani Mahlangu‚ saying she was individually and collectively accountable for the 144 deaths: “She acted with impunity thinking she would get away with it because [patients] and their families were vulnerable. She acted with ulterior motives that remain concealed.”

Nxumalo said: “I am happy that the judge outlined the horrors and violation of rights that took place in detail‚ as [it is] the most important of this process.

“We are happy as well that he was able to see the arrogance of the officials who dealt with this matter.”

The South African Depression and Anxiety group (Sadag) has welcomed Moseneke’s award of R1-million to families of victims as well as 68 survivors.

The reasons given by the officials for the decision to end the Life Esidimeni contract were not cogent‚ said Justice Dikgang Moseneke on Monday on ...
News
4 years ago

Spokesperson Cassey Chambers said: “I think it is a huge relief that someone of such calibre gave huge respect to mental health.”

Sadag unsuccessfully tried to stop the move of patients out of Life Esidimeni homes but lost in court in March 2016. It also warned officials of the dangers of the move from 2015.

“It’s been a journey of nearly three years. We have finally been taken seriously. Let’s hope it sets a precedent that we never have [to endure] anything like this again. This is telling every person that mental illness matters.”

But Sadag noted no one has been held accountable for the deaths. “This is not over. There has to be accountability.”

Legal Aid advocate Lilla Krouse was pleased with R1-million for the 68 survivors who‚ she argued‚ also suffered despite escaping death.