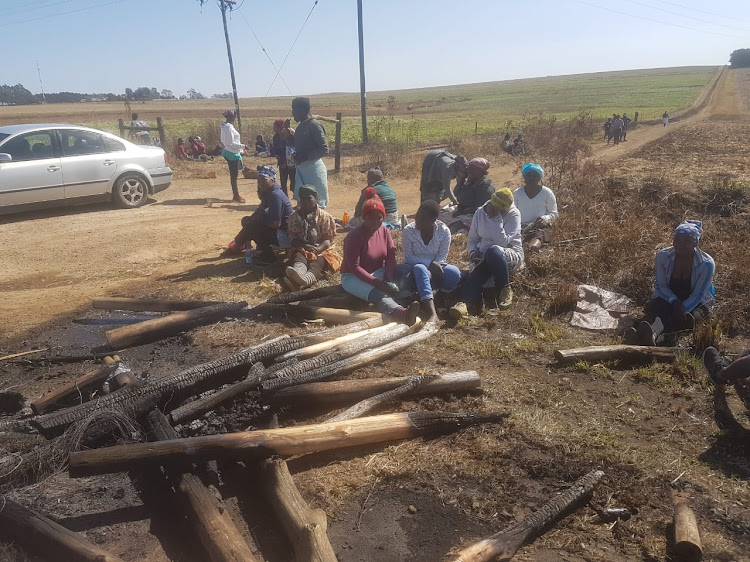 The farmer who has come under fire by a KwaZulu-Natal community for allegedly digging up ancestral graves to plant mealies has claimed that there was no desecration of the sacred sites.

Kranskop farmer Carl Gathmann‚ his family and staff came under attack late on Monday evening after community members were told that gravesites on his farm were graded in preparation for a new crop.

Police had to be called in when the community set fire to the farm and blockaded the roads with burning debris as tensions spilled over on Tuesday.

However Gathmann said in a statement on Wednesday that he found the events on the farm "highly disturbing and concerning" amidst claims that protest action was an attempt to vilify him and get him off his land.

"It seems clear to me‚ based on the evidence that I see‚ and my experience on the ground‚ that the issue of gravesites has been misrepresented by political opportunists in a concerted effort to vilify myself and my family business. I hope that this comes to an end immediately.

"The events of Monday night where my farm manager’s home was petrol bombed repeatedly and 30-odd fires were set throughout the property‚ rocks were thrown‚ and roads were blocked‚ are violent and intolerable. The intent was clearly to harm myself‚ my family and my employees‚ to intimidate us‚ and‚ as far as I can tell‚ the contention has nothing to do with graves and everything to do with affecting the dispossession of our property."

He said there was a cemetery on the farm and that a site which contained burial mounds - which community members were told had been dug up - had been "raked over".

"There are about 7 or 8 grave mounds demarcated with plastic bottles within a 5-hectare piece of land that was to be used as productive land. However the area with the mounds were pointed out to the driver of the excavator and they were raked over because there was brush wood‚ briar and logs. This area would have been cordoned off.

A local chief has appealed to furious community members for calm after they torched a farm in Kranskop in the KwaZulu-Natal midlands after the farmer ...
News
2 years ago

Furious members of the Kranskop community in the KwaZulu-Natal Midlands have blockaded roads and set fire to crops after discovering that a farmer ...
News
2 years ago

"I wish that the media in particular‚ and South Africans in general‚ would not be so quick to jump to the conclusion that I‚ as a commercial farmer‚ am both so disrespectful of others that I would intentionally desecrate their graves‚ and so stupidly imprudent that I could think I would do such a thing and get away with it. The thought of desecrating peoples’ graves intentionally would not cross my mind‚ as a matter of principle‚ but even if you’re not prepared to grant the benefit of the doubt on that front‚ consider how any reasonable person would refrain from such actions."

Gathmann said he was aware of "extremist" forces working to get him off his property.

"I have helped this very community with drinking water every week for the past two and a half years. I help all of my workers wherever I can‚ hence my very stable workforce‚ with whom I have an excellent working relationship. My thoughts and prayers go out to all those affected by this violence‚ both within this particular context and around the country."

"It has been agreed that a meeting will be convened on August 15 to find a solution. The KZN agriculture MEC Themba Mthembu and representatives from rural development and land reform will be in invited to take part in the meeting.

"I think on that day we will find a solution and get the land we want. But if there is no solution you must continue what you are doing."

He said Gathmann had opened another chapter in the land expropriation debate.

"Our ancestors won't forsake us because we are doing what we are supposed to do‚" Sithole told the community.

Sithole did not reveal what the farmer had told him adding that August 15 would be "D-Day" for the farmer as they wanted to take the keys to the land back.