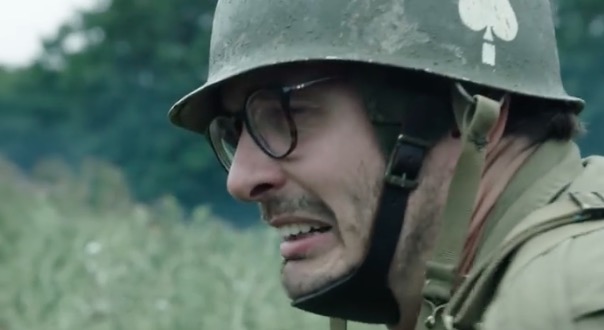 A screenshot from a scene on Dark Tourist. In one of the episodes host David Farrier visits South Africa.
Image: YouTube/Dark Tourist

A new show on Netflix, Dark Tourist, features an insert with the Suidlanders, a group of white Afrikaners who claim to be preparing for a "violent revolution." The popular show sees host David Farrier explore 'unconventional' locations across the globe that are not usually considered tourism hotspots.

On episode seven of the first season Farrier, who is a journalist from New Zealand, heads to South Africa. He first visits Alexandra in Johannesburg, a location he has been told is "not safe." He goes on a cycle tour and spends time at a local tavern. From there, he heads to Orania, an Afrikaner town along the Orange River in the Karoo. In the final part of the episode Farrier spends time with the Suidlanders in Randfontein, on Johannesburg's West Rand.

The Suidlanders describe themselves as a group "protecting non-combatant civilian Afrikaners in the event of civil war." On the group's website, it claims that in "2006 the signs were becoming clear that anarchy in South Africa was a real possibility." They also claim to adhere to a warning of Prophet Niklaas van Rensburg "who warned the boer of impending civil conflict."

Farrier spends time with the group who go through an emergency evacuation drill with him. He interviews members who express their "fear" of black people. While the show is filled with unusual locations and activities, Farrier pokes fun at some of the events. In this episode, the Suidlanders convoy which is preparing for the "violent revolution" make a critical mistake and are all facing the wrong direction. Farrier points out that if it really was judgement day, there would be trouble.

In March MyBroadBand reported that MultiChoice estimated that Netlifx subscribers in South Africa had grown to 400,000 since launching in 2016.