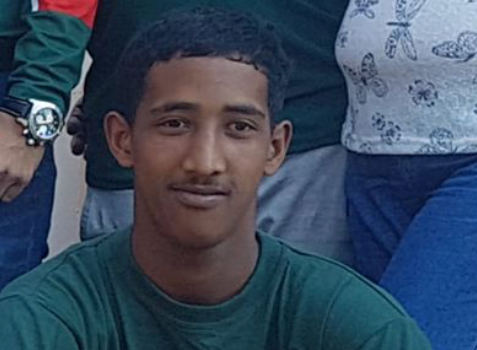 A 21-year-old man has handed himself over to Cape Town police hunting the murderer of Gift of the Givers volunteer Ameerodien Noordien.

Noordien‚ 28‚ was killed last Friday in an indiscriminate gang shooting in Hanover Park on Friday‚ and police minister Bheki Cele attended his funeral on Monday.

Police spokesperson Lt-Col Andrè Traut said on Friday that the suspect “felt the pressure of our members who were hot in his pursuit and decided to hand himself over at the Philippi police station earlier today”.

The man would face a murder charge in Wynberg Magistrate’s Court on Monday‚ and Traut added: “The circumstances surrounding the case are still under investigation and we are not ruling out the possibility that the suspect could be charged with more violent crimes.”

Gift of the Givers manager Ali Sablay said Noordien was one of 10 youths the charity recruited in Hanover Park‚ and had been involved with an operation to deliver fodder to drought-hit farming communities in the Western Cape and Northern Cape.

“On Friday morning he came to load the trucks to take water to Beaufort West. He was dropped off here at 5pm by the company vehicle‚” said Sablay.

“At 6.50pm we received a phone call to say Ameerodien has been shot. He died instantly.”

Neighbours and family told TimesLIVE Noordien was one of five people randomly shot by gang members in defence of their territory.

A four-year-old child was one of the first people to see Gift of the Givers volunteer Ameerodien Noordien’s body lying on the ground with blood ...
News
3 years ago

Gift of the Givers volunteers stand outside the shop where their comrade Ameerodien Noordien was killed in an indiscriminate gang shooting on Friday.
News
3 years ago

Police minister Bheki Cele is expected to be among mourners at the funeral of Gift of the Givers volunteer Ameerodien Noordien on Monday.
News
3 years ago