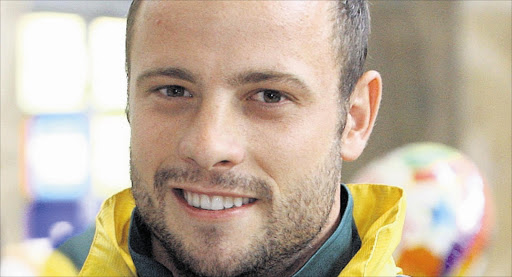 Former athlete Oscar Pistorius, who still has to serve at least five years behind bars for killing his girlfriend, Reeva Steenkamp, is trying to offer meaning and hope to fellow prisoners by sharing Christianity.

His father, Henke Pistorius, told The Times UK that Pistorius was finding new purpose by leading a Bible study and prayer group at Atteridgeville correctional centre in Pretoria.

They met once or twice a week, he said.

“Oscar leads the studies and is able to accommodate those who aren’t so familiar with the Bible to explain the meaning of all the verses.

Convicted murderer and former Paralympian Oscar Pistorius was released from prison to attend the memorial service of his beloved grandfather in ...
News
3 years ago

The British newspaper quoted Henke as saying: “He (Oscar) can feel he is making a difference to others who really needed a difference to be made – to give their lives meaning, purpose and some hope. As a result, things have also improved for him.”

The prison has given Pistorius, who will be eligible for parole in 2023, a piece of land to develop a vegetable garden.

His father told The Times UK: “Oscar, being an artist, didn’t just do square blocks of vegetables, he has designed a face – the hair is certain type of veggies and the ears and mouths are something else. It’s quite incredible.”

Oscar Pistorius shot model Reeva Steenkamp in the early hours of Valentine’s Day in 2013, when he fired four times through the door of his toilet, an act he maintained resulted from mistaking her for a burglar. The former Paralympian was initially sentenced to six years in jail, but this was extended to 13 years by the Supreme Court of Appeal.

He was last seen in public in November 2018, when he was permitted to attend a memorial service for his grandfather, who had died at the age of 101.

This ‘Blade Gunner’ costume is never getting an Oscar

We all love dressing up for Halloween, but an Oscar Pistorius costume may be taking things a bit too far.
News
3 years ago

The Constitutional Court has dismissed former Paralympian Oscar Pistorius’ application to appeal against his 13-year sentence for the murder of his ...
News
3 years ago