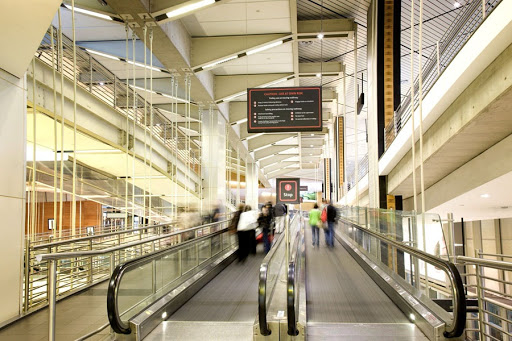 Three alleged 'drug mules' were arrested at OR Tambo International Airport as part of a successful interdepartmental operation to root out criminals at the airport.
Image: ACSA

Three people were arrested in separate incidents of alleged drug smuggling at OR Tambo International Airport, police said on Monday.

Police spokesperson Lt-Col Katlego Mogale said a 49-year-old man was arrested with  drugs worth more than R100,000 during an intelligence-driven operation on Tuesday, January 8 2019.

The man was about to board a flight to Munich, Germany, when the team found khat in his luggage.

Erik Korpel appeared in the Kempton Park Magistrate's Court on a charge of dealing in drugs.

In the same week, a 36-year-old woman who had arrived from Sao Paulo, Brazil, was arrested while on her way to Windhoek, Namibia.

Raquel Mukoko has since appeared in court twice and her case was postponed to  January 21 2019 so she can secure an attorney. She remains in custody.

In a separate incident, a 47-year-old man was about to depart to Frankfurt, Germany, when he was stopped at the check-in counter following intelligence.

"His luggage was searched and among his clothing, parcels containing drugs were discovered," Mogale said.

Ali Ahmed Camaley was arrested and he had also appeared in the Kempton Park Magistrate's Court.

"The multi-disciplinary approach into safety and security at OR Tambo International Airport continues to yield results.

"This interdepartmental co-operation with the airports authority (Acsa) and other stakeholders overseen by the Natjoints has been established to root out criminals and criminality at OR Tambo," Mogale said.

The community is encouraged to call Crime Stop on 08600 10111 with information that can help fight crime. Callers may remain anonymous and all information is treated in the strictest confidence.

Police seized more than 30 pieces of rhino horn worth R23m at OR Tambo International Airport in Johannesburg on Thursday.
News
2 years ago

Four suspects have been arrested in connection with robberies involving the following home of their victims from the OR Tambo International Airport ...
News
2 years ago

Second OR Tambo airport follow-home robbery in one week

A motorist and his passengers have been robbed at gunpoint after being followed from Johannesburg's OR Tambo International Airport - the second time ...
News
2 years ago