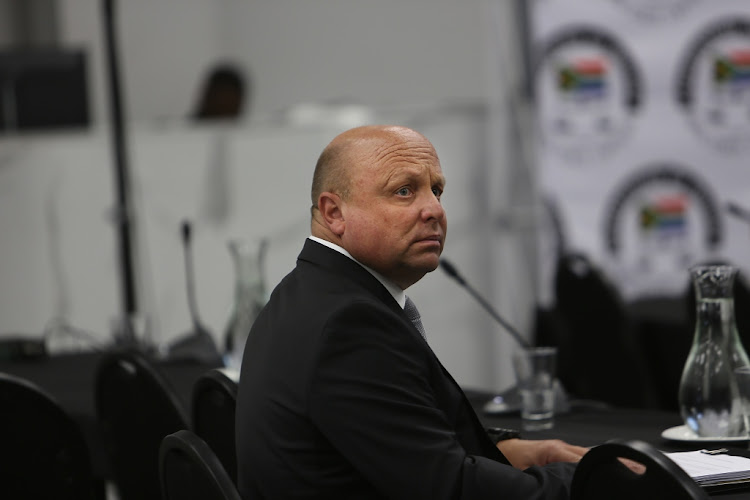 Van Tonder took the stand for a short while on Tuesday afternoon, describing the deterioration of his relationship with Bosasa CEO Gavin Watson.

Van Tonder’s 22-page affidavit is expected to detail how he, on behalf of the company, allegedly misrepresented the company’s finances during an investigation by the South African Revenue Services in 2015.

Dramatic footage of cash being counted in the vault of Bosasa boss Gavin Watson was shown at the commission of inquiry investigating state capture on ...
Politics
3 years ago

He also briefly told the commission about how he took the now infamous video of Watson inside a walk-in vault on the company’s premises, packing money into security bags as bribes for government officials.

“[Agrizzi] asked me to take the video as he received info that [Watson] will place all the blame of possible illegal conducts on myself and [Agrizzi], and [Watson] always boasted he has never signed any document that might incriminate him. I took the video to show [Watson] has had his hands on the cash,” Van Tonder told the commission.

Asked why he did not leave the company sooner, he said he was threatened and that because his name was mentioned in the Special Investigating Unit’s report into Bosasa, it would make it difficult for him to find another job.

Former Bosasa executive Angelo Agrizzi has admitted that he is a racist, but denied that his evidence before the state capture inquiry is motivated ...
Politics
3 years ago

WATCH | Angelo Agrizzi: Everything you need to know from his testimony

Former Bosasa COO Angelo Agrizzi will continue his testimony before the state capture commission on Monday.
Politics
3 years ago

Jacob Zuma took R300k a month to do what Bosasa wanted: Angelo Agrizzi