WATCH | Magistrate in hot water for ‘texting in court’

A Cape Town magistrate is in trouble for allegedly texting during a court hearing.

The Magistrates Commission confirmed on Tuesday that it has launched a probe into Goodwood magistrate Sean Lea after he was filmed glued to his cellphone while on the bench last week.

An appalled Fazloen Hoffman posted pictures and videos of Lea, seemly disengaged from the proceedings, on Facebook and YouTube.

According to Hoffman, the incident happened on Friday. She described Lea and staff at the court as “unprofessional, disrespectful and blatantly abusing taxpayers’ money and the privilege of being employed”.

Hoffman said Lea was focused on his cellphone even when cases that required his “undivided attention” were presented to him. 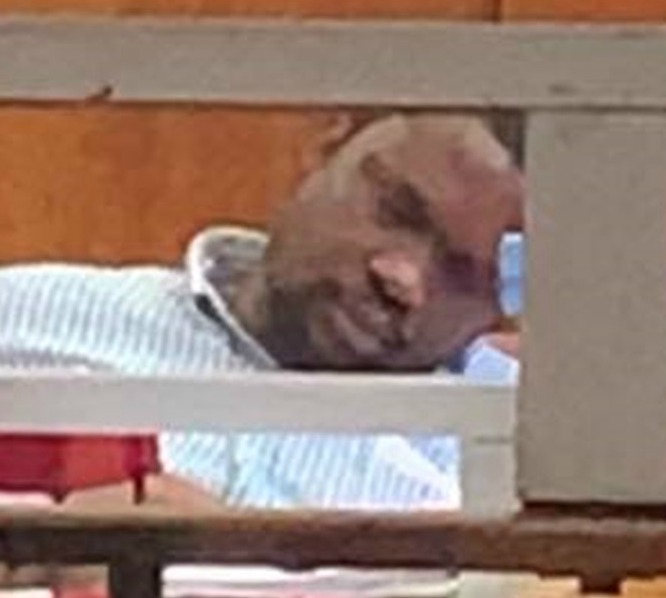 “Everyone was shocked at his lack of interest, which was not only offensive but so blatantly disrespectful of the impact it has on the lives of those he has authority over - and their families,” Hoffman wrote on her Facebook post, which attracted over 1,000 angry responses.

“In my presence, the punishments he meted out did not match the merits of the cases presented. He was irritated and mouthing to the prosecutor, Mr Meyer, that he wanted to go on lunch. Like a belligerent child, he rushed through the presentations, barely containing his impatience. And nobody dared to say a word.

"I decided to film him doing the old-guy one-finger typing while the one court official known as Happy Mbabane was sleeping during the trials.”

Yesterday I was in Goodwood Magistrates Court. The sitting magistrate of court B: S.Lea and court officials are...

Hoffman said she confronted the prosecutor after the court proceedings for “benefiting from a distracted magistrate whose lack of apparent interest leaves wide-ranging opportunities for success".

She also confronted Lea and told him she had recordings showing him “texting and chilling” during court proceedings.

“I asked him how it was possible to pay attention to the lives of people presented in the form of cases in front of him. And that it was clear from the results of the cases I sat in on, that he was in no great shape at all,” wrote Hoffman.

We want to check if the court was functioning really because the magistrate doesn’t have his bib on.

“Wow, the frothing at the mouth, the red eyes and shaky frame that emitted all the shouting and defensive screaming at me in the corridor was sight to behold. Unstable and extremely scary. It’s been a long time since I was spoken to in such a manner. But it aligned with the profile of the man completely and totally.”

Hoffman said Lea told her he was texting his boss, a Mr De Beer, and even briefly showed her a WhatsApp chat. She said Lea tried to shove his phone in her face in front of people and she “told him to back off from me as his aggressiveness was threatening”.

“He scoffed and blew a kiss before marching off. He left a shocked audience in his wake,” wrote Hoffman.

“I wish to share this story and videos as far and wide as possible. We need to expose those who are allowed to build empires after ‘32 years on the bench’ as I was told. Nobody has the right to play with lives in the casual manner that this man and his cronies have decided is acceptable.”

Hoffman said he had lodged formal complaints with the office of the public protector, the provincial head of justice, the Magistrates Commission and justice minister Michael Masutha.

Advocate Hishaam Mohamed, the head of justice department in the Western Cape, confirmed that he had received the complaint.

“We want to check if the court was functioning really because the magistrate doesn’t have his bib on. We could hear people talking there.

"We also know that [Hoffman's] son was sentenced to two years' imprisonment and she is very angry. Or it could be that the magistrate is out of order,” said Mohamed.

“It is the first time in the whole country that something like that has ever been reported. I was shocked and very sad about it, but I thought let us be objective [and] check it out. We obviously going to interview him, staff and other people. We are in the middle of it.”

Magistrates Commission secretary Mahomed Dawood confirmed that the commission was looking into the complaint. “It’s been on WhatsApp, it’s been in social media and [people] have been buzzing over the weekend. We have dealt with the matter by instituting an inquiry - that is where it is at the moment,” he said.

Pretoria chief magistrate Desmond Nair will appear before the Magistrate's Commission after allegations were made against him at the state capture ...
News
3 years ago

Useless! Judges give their damning verdict on magistrate's courts