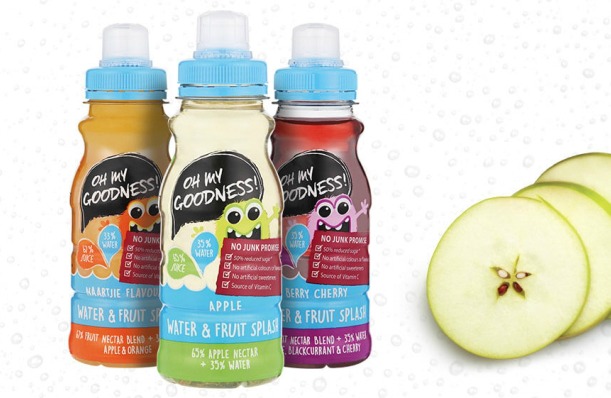 Oh my goodness! There is no protein in celebrity chef Gordon Ramsay's "Oh My Goodness!" water, as claimed by retailer Checkers.

Following a complaint to the advertising watchdog, Checkers admitted that the water in the food range that Ramsay and his eldest daughter Matilda developed for children did not contain protein - despite packaging stating it did.

"The advertiser [Checkers] confirmed protein levels by conducting its own testing of the product in question. It will be placing a sticker over the nutritional table on all products that are currently in store containing the correct information," ad watchdog Advertising Regulatory Board (ARB) said in a recent ruling, in which it accepted Checkers' undertaking.

Teri Boerner had lodged a complaint with the ARB after the packaging listed protein under the water's nutritional content.

Checkers said it would take two to three weeks to design, print and distribute the stickers.

"This should, dependent on sale of the product, be phased into stores in the next four to eight weeks."

Chicken Licken’s attempt to save a banned TV ad about colonialism has failed.
News
3 years ago

WeBuyCars (but only up to R1m): regulator rules ad is not misleading

Everyone has their price and it adds up to R1m for online car buying portal WeBuyCars.co.za
News
3 years ago

Liesel Kershoff usually buys the 1-litre boxes of Fruitree Tropical fruit nectar blend juice but when she bought the 5-litre box it “tasted ...
News
3 years ago

A TV ad in which a black neighbour drives over a white couple's luggage is just a good laugh, the ad watchdog has ruled.
News
3 years ago