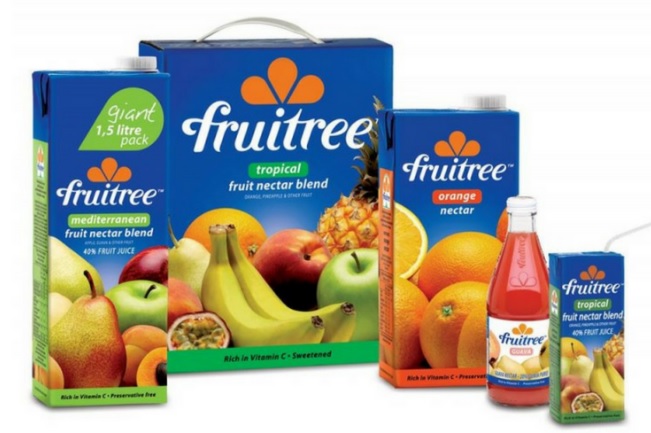 This was at the heart of her complaint to the ad watchdog the Advertising Regulatory Board (ARB) which was dismissed on Tuesday.

Kershoff said the logo, colour, fruits and variant names are the same for both sizes but their ingredient lists and nutritional information tables differ.

The 1-litre box lists sugar as an ingredient and contains almost three times as much sugar as the 5-litre box.

She argued the packaging looks “90% similar” but their ingredients are different “so they are essentially two different juices and should not be sold under the same packaging and name”.

Pioneer Foods, which produces Fruitree Tropical, said the boxes indicated that “one contains added cane sugar and the other does not”.

The company said it was reformulating the fruit nectar blend, in line with government policy on reducing sugar in beverages “like most beverage companies”.

“It has already replaced the packaging for the 5-litre container and the juice therein already has less sugar (and hence a different taste), whereas it has not yet run out of the previous 1-litre packaging.

“Once all the existing 1-litre packaging has been used up, the respondent (Pioneer Foods) will have the same information on both the 1-litre and 5-litre containers, and they will contain exactly the same juice formulation.”

SOCIALS | Have a break, have a 'chocolatory', sugary overload

Hold the sugar tax - if you're looking for a chocolate fix you might want to make your way to Midrand later this month.
Lifestyle
2 years ago

How the sugar tax will work

The sugary drinks tax to be paid by beverage manufacturers from April 1 next year is now law after the details were gazetted on Thursday by treasury.
News
3 years ago

A TV ad in which a black neighbour drives over a white couple's luggage is just a good laugh, the ad watchdog has ruled.
News
2 years ago

A TV ban of a tongue-in-cheek Chicken Licken advert “reversing” colonialism has raised questions over the role of the advertising regulator.
Ideas
2 years ago