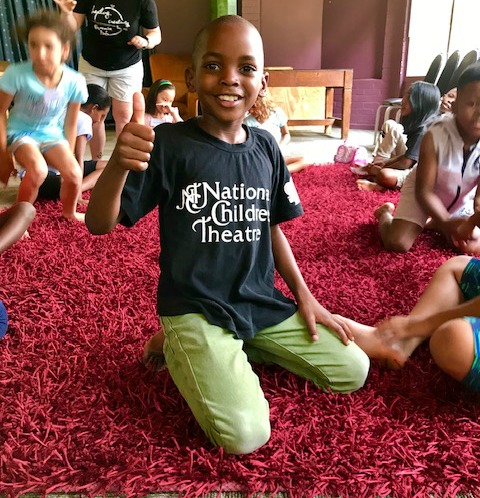 The audience at many stage productions around the country on Wednesday did not fit the profile of typical theatre-goers. Some of them were barely old enough to walk.

That's because thousands of South African children experienced performing arts for the first time to commemorate World Day of Theatre for Childen and Young People.

Stage productions, creative workshops and musical performances have been hosted throughout the country since the start of March as part of the global campaign to "take a child to theatre".

The actor got real deep!
TshisaLIVE
3 years ago

Many of the children were from disadvantaged backgrounds and their attendance was sponsored. Many of the productions were free to children and their families.

The concept was initiated in 2012 by the International Association of Theatre for Children and Young People (ASSITEJ), under the leadership of its South African president, Yvette Hardie.

Hardie said the association believed that theatre provided multiple doorways into "feeling a greater sense of connectedness with others and importantly ourselves".

"Children need to be able to enjoy moments in community, where they are reminded of what we share and where they are able to appreciate the multiple realities of what it means to be human," she said.

"They need spaces in which to explore new ways of thinking that challenge divisive narratives, in which they feel empathy for those most unlike themselves. They need concrete experiences ... to remind them of the joy and beauty that the world has to offer."

Citing a recent study in the US into the benefits of theatre for children, Hardie said kids needed hope. The study, conducted over five years by the New Victory Theatre in New York, found that exposure to the theatre gave children greater hope for the future.

Kids in the study's control group, who were not exposed to theatre performances and workshops over the same period, experienced a "diminishing sense" of their future possibilities relating to study and work opportunities.

"Why is hope so important? Hope creates positive energy, which translates into self-assurance, willpower, resilience and finally into concrete actions to make a difference in one’s own life and in the lives of others," said Hardie.

Several South African talent are part of the cast and production team.
TshisaLIVE
3 years ago

More than one in four South African children under the age of five are stunted.
News
3 years ago