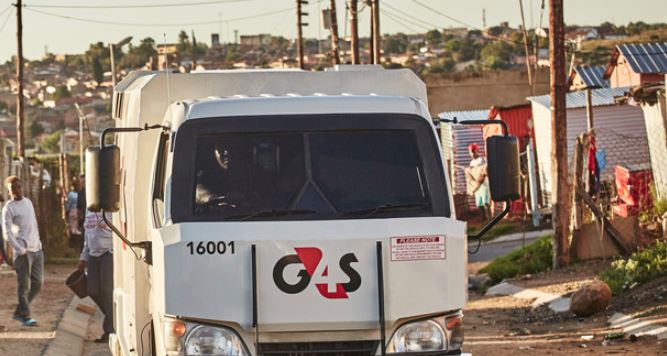 The hunt is on for suspects who held up and robbed G4S security guards of their firearms in Gingindlovu, northern KwaZulu-Natal, on Thursday.

A crime intelligence official said the incident occurred at the Easy Plan FNB ATM. No shots were fired and there were no injuries.

The suspects are believed to have fled the scene in a vehicle with false number plates.

Police did not respond to queries.

A G4S security guard has been hailed as a hero on social media after he shot at armed robbers, wounding two of them, during an attack in the Free ...
News
2 years ago

Brazen gunmen who robbed a cash-in-transit vehicle then hijacked two vehicles – one of them a police van - in a bid to escape with the loot.
News
2 years ago

Two suspects who were shot and injured in an alleged botched cash-in-transit heist were arrested after they tried to get medical help for their ...
News
2 years ago