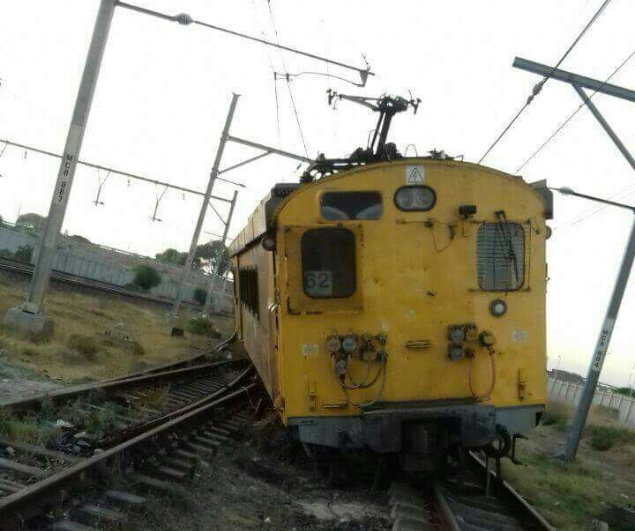 No injuries occurred in the derailment on July 2 2019.
Image: Michelle van Reenan

A train derailed on Tuesday morning on its way to Johannesburg after points rods, points machine and clamps were stolen.

This is according to Metrorail’s preliminary report.

“A pilot working method has been introduced where only one train is allowed to run between Germiston Central and East Rand at a time. The repair work to replace the 216 damaged sleepers is under way and will be concluded tomorrow (Wednesday) afternoon.”

Mofokeng said the estimated damage is R1m and the impact is “huge for customers that rely on trains to access economic opportunities”.

A train derailed at Angelo station at about 4.20am on Tuesday, Metrorail Gauteng confirmed.
News
2 years ago

A few metres of copper got them six years in jail.
News
2 years ago

Newly appointed transport minister Fikile Mbalula rode an early morning train from Khayelitsha to Langa in Cape Town on Tuesday, describing it as "a ...
News
2 years ago