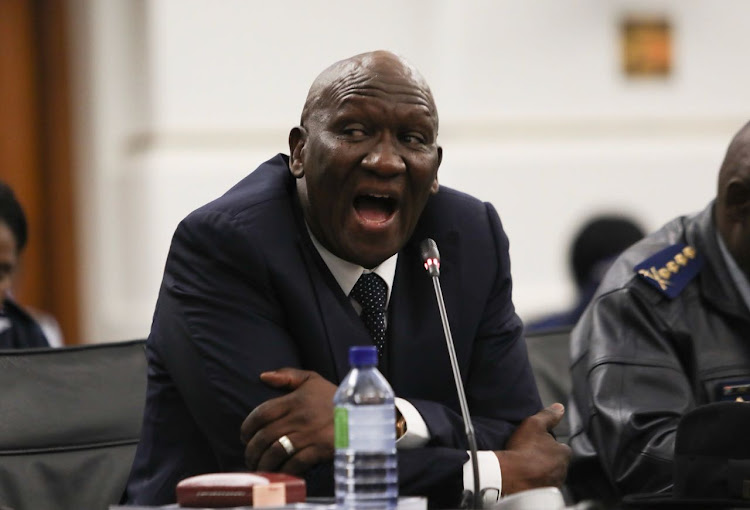 Presenting his budget vote speech, Cele said the deployment came about because of the high number of brutal murders in the Western Cape, most specifically in the Cape Town metro, in the past few years.

Here's what you need to know about the Cape Flats murders

Six women were among the 11 people killed in Philippi East on the Cape Flats.
News
3 years ago

He said he and defence minister Nosiviwe Mapisa-Nqakula had asked President Cyril Ramaphosa to authorise the deployment of the army to help police combat crime and preserve law and order.

“The president has since given the approval of the employment of the SANDF as requested by both ministers,” Cele said.

SANDF members will work with the police for at least three months for cordons, searches, observation, and foot and vehicle patrols. They will also provide air support.

Cele said the number of murders in the Western Cape had increased from 3,729 to 3,963 during the 2018-19 financial year, compared with the previous financial year.

The 10 police stations that reported the most murders in the province during this period were Nyanga, Delft, Khayelitsha, Philippi East, Harare, Gugulethu, Mfuleni, Kraaifontein, Mitchells Plain and Bishop Lavis, he said.

“Combined, the 10 stations contributed to 47% of murders in the province."

The number of attempted murders in the province increased from 3,698 to 3,844, most of which were reported to Bishop Lavis, Mitchells Plain, Delft, Elsies River, Nyanga, Khayelitsha, Mfuleni, Philippi, Kraaifontein and Manenberg police stations.

“These stations contributed to 42% of attempted murders in the province,” said Cele, identifying Philippi East as the station that had reported the most murders.

Cape Town's soaring murder rate means its new mortuary will already be too small when it opens next year.
News
3 years ago

He said until recently, Cele had maintained that crime on the Cape Flats was not bad enough to warrant deploying the army, and he welcomed this about-turn.

“The SANDF could provide support and assist with holding perimeters and cordons in these exercises so that police can get on with the work of investigating crime and arresting perpetrators,” Winde said.

Most Cape Flats kids carry guns, knives to school. Why?

Most pupils who live in the Cape Flats have carried either a gun or a knife to school because they did not feel safe, a study has found.
News
3 years ago

About 70 people gathered on the streets of one of Cape Town's most notorious gang suburbs before dawn on Wednesday to call for an end to bloodshed.
News
3 years ago