Police confiscate R1m worth of dagga on KZN freeway 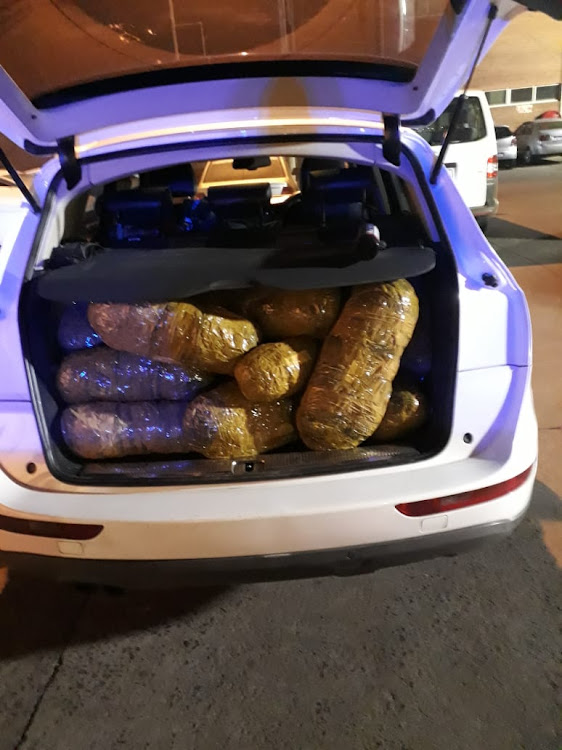 Police confiscated a large consignment of dagga an cash on the N3 in KwaZulu-Natal on Monday.
Image: Supplied

Police confiscated another large consignment of dagga on a KwaZulu-Natal freeway on Monday.

The latest drug bust, on the N3 near Estcourt, comes a few days after the Hawks arrested two suspected dealers and confiscated about 300kg of dagga on the N2 freeway.

Col Thembeka Mbele said police were patrolling along the N3 when they spotted an SUV with five occupants near Wembezi.

When police conducted a search of the vehicle, 56 parcels of compacted dagga - weighing about 100kg - were found.

"The drugs have an estimated street value of R1m. The suspects were questioned about the ownership of the vehicle and could not provide police officers with a satisfactory explanation," said Mbele.

Both the drugs and vehicle were seized and the five men - aged between 19 and 29 - were charged with possession of dagga.

"They were also found in possession of R27,000 as well as 5,000 in eSwatini currency. The five men will be appearing at the Estcourt magistrate’s court today on charges of possession of drugs and possession of a suspected stolen vehicle," said Mbele.

Suspected dealers nabbed on KZN freeway with 300kg of dagga

Two men - who allegedly stashed over 300kgs of dagga in their vehicles - were stopped in their tracks by the Hawks while on their way from ...
News
1 year ago

Pupils kicked out for dagga: was school within its rights?

Two pupils from King Edward High in Matatiele, Eastern Cape, have been booted out of the school’s hostel after admitting to smoking dagga on the ...
News
1 year ago

South African road authorities do not have any plans to weed out stoned drivers.Despite more South Africans openly smoking dagga, the government has ...
News
1 year ago
Next Article