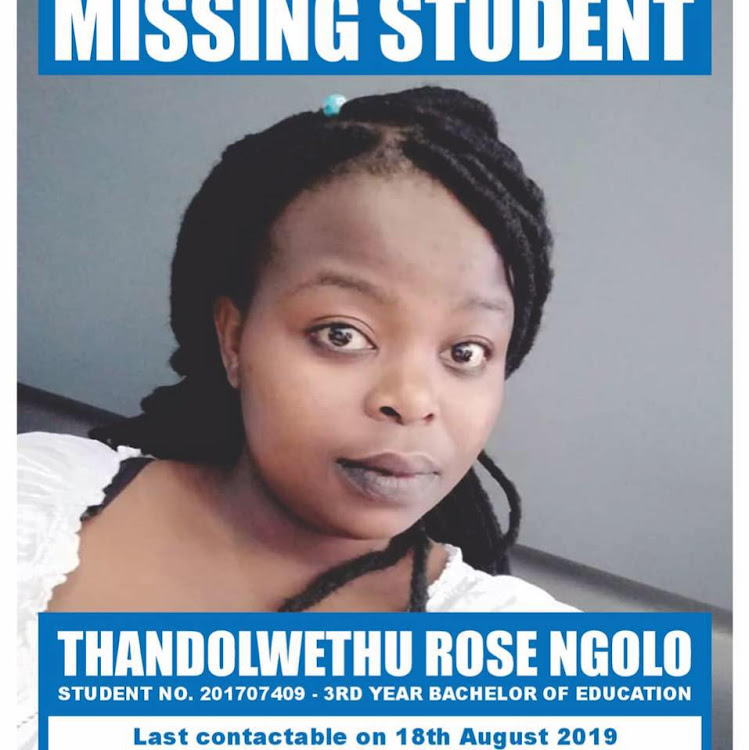 A desperate father is pleading for help after University of Fort Hare student Thandolwethu Ngolo, 22, went missing almost a month ago.

DispatchLIVE reported that her father, Zwelinzima Mbovane, said he last saw his third year bachelor of education student on July 2 when he dropped her off at Fourways taxi rank in Johannesburg.

“She was visiting her aunt in Phumolong in Tembisa. She called when she arrived,” he said.

Mbovane said it was on July 12 when he received a call from Thandolwethu’s aunt saying she had not come back.

“We have not seen her since. Everyday, I pray for her safe return,” he said.

Speaking on Friday, Mbovane said he was at Rabie Ridge Police Station in Johannesburg to open a missing persons case.

According to a statement released by the university, Ngolo was supposed to return from school experience on August 25.

University spokesperson Khotsho Moabi confirmed on Wednesday that they had a report of a missing student.

“The circumstances around her disappearance are not clear yet, but we are in constant touch with her family,” he said.

Anyone with information is asked to contact 0795839442 or a local police station.

Police announced on Friday they had launched a "massive search operation" for a missing Limpopo teenager - 10 days after she was last seen.
News
2 years ago

Recent headlines have been dominated by the names of local women who've tragically lost their lives after being reported missing, sparking anger and ...
Lifestyle
2 years ago