Sweaty weather alert: It's going to be hotter than 40 degrees in some towns 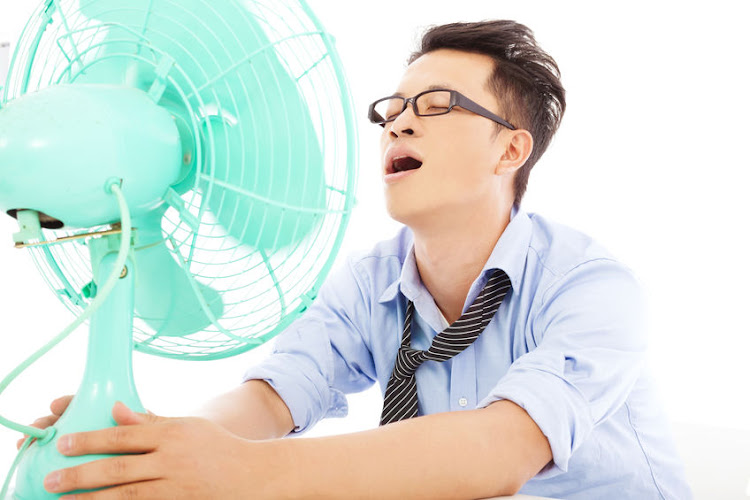 Don't sweat it. Stay hydrated if you are feeling the heat.
Image: 123RF/Wang Tom

Temperatures are forecast to hit 43°C in the Karoo town of Graaff-Reinet on Thursday, as heatwave conditions were forecast for parts of SA.

Several towns across the country were expected to swelter in the high 30s, with some exceeding the 40°C mark.

The SA Weather Service (Saws) said in its travellers forecast that a heatwave with persistently high temperatures was expected over parts of the Western Cape until Thursday. The same applied to parts of the Free State and North West, the interior of the Northern and Eastern Cape provinces until Friday.

Limpopo, Mpumalanga and Gauteng  will feel the heat until at least Sunday.

The hot and windy heatwave coupled with a lack of rain in Gauteng is contributing to the rapid decline in the level of the Vaal Dam.
News
2 years ago

It may be instinctive to reach for a cold beer as parts of South Africa get battered by a scorching heatwave, but the SA Weather Service has advised ...
News
2 years ago