Car swept away in Gauteng floodwater, roads waterlogged after 5 days of rain

The weather service predicts that rainfall will continue until Wednesday 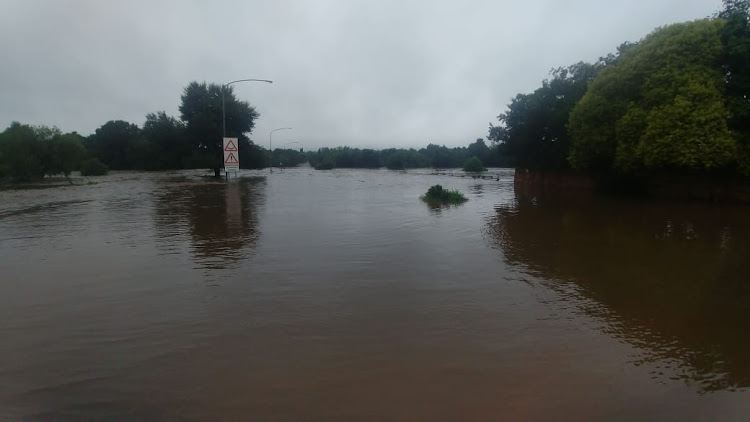 A car was swept away in the Evaton area, as waterlogged roads were flooded, particularly in Centurion, and rivers overflowed in Gauteng on Monday.

Motorists have been warned to exercise extreme caution.

⚠️ALERT: CAR SWEPT AWAY in the EVATON area with reports coming in of FLOODING in PARTS of SOUTHERN GAUTENG!

The SA Weather Service (Saws) issued a warning about possible flooding in Gauteng on Monday, as emergency services responded to waterlogged roads in Centurion.

Forecaster Vanetia Phakula said there was an 80% chance of showers and thundershowers for the province on Monday and Tuesday.

Flooding is also expected to hit the eastern parts of the North West, north-eastern Free State and western highveld of Mpumalanga.

“It might even continue into tomorrow [Tuesday], especially for Gauteng. People need to be very careful, because it is not just areas which are close to the rivers or streams that might experience flooding.

“Draining systems might also be affected, and because it’s been raining for a while, we also have issues with potholes.”

Phakula urged motorists driving in Tshwane and Johannesburg to be extra vigilant.

Severe thunderstorms with heavy downpours, hail and strong winds are also expected to hit Vryburg, slowly moving northeast towards Ratlou and Tswaing in the North West.

Next to Centurion Lake on northern side. pic.twitter.com/wslU79WKf9

The SA Weather Service on Sunday issued a flood warning for parts of the Gauteng, Mpumalanga and the North West provinces after days of heavy rain.
News
2 years ago

Disaster management teams have been placed on high alert as KwaZulu-Natal  braces itself for more inclement weather from gale force winds to heavy ...
News
2 years ago

Disaster management teams have begun mop-up operations after the tornado and severe thunderstorms that swept through northern parts of KwaZulu-Natal ...
News
2 years ago

The South African Weather Service (Saws) on Wednesday ruled out the possibility of tornadoes hitting parts of Gauteng and Mpumalanga.
News
2 years ago