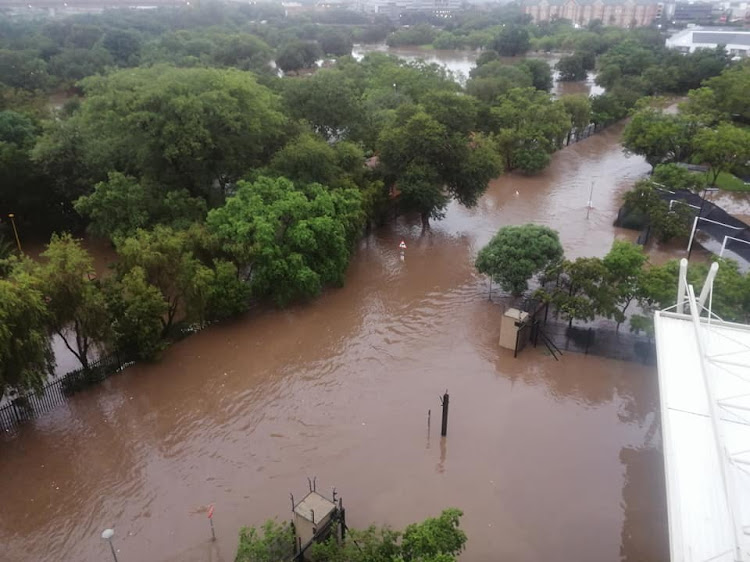 The parking lot at OUTsurance in Centurion was also flooded.
Image: Facebook/ Reenval in SA

Tshwane emergency services were battling to rescue a motorist whose car got trapped in floods in Pretoria on Monday morning.

Tshwane EMS spokesperson Charles Mabaso said they received reports after 7am that a motorist was trapped in the Irene area.

“The vehicle with a trailer was trapped in the water, but emergency services are attending to it.”

He said emergency services had to close a low-water bridge near a cement factory in the city late on Sunday.

Low-water bridges on Rabie and End streets were also flooded, he said.

Mabaso confirmed reports of a hotel being flooded and said emergency services were also on scene in the SuperSport Park area, where informal dwellers were trapped.

No reports of flooding were reported on roads close to Johannesburg's OR Tambo International Airport.

Car swept away in Gauteng floodwater, roads waterlogged after 5 days of rain

The SA Weather Service on Sunday issued a flood warning for parts of the Gauteng, Mpumalanga and the North West provinces after days of heavy rain.
News
2 years ago