Tinyiko Ngobeni's family relieved her killer is behind bars, after three years 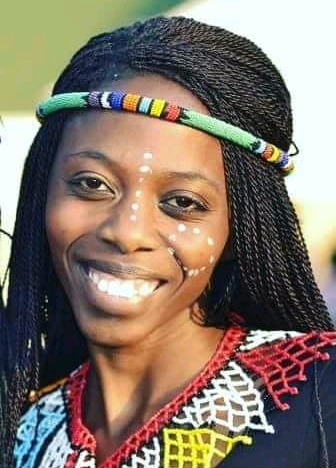 The family of Tinyiko Ngobeni, who was murdered by her then boyfriend in 2016, said they will finally get to sleep peacefully after the man was found guilty after many postponements in the trial.
Image: Provided

The family of Tinyiko Ngobeni, who was murdered by her then boyfriend in 2016, said they will finally get to sleep peacefully after his conviction by the Johannesburg High Court.

Lunga Gumede was found guilty this week. He was remanded in custody before sentencing next March.

Ngobeni, who was from Katlehong, was reported missing on November 13 2016. She was last seen leaving her family home in Gumede's company. Six days later, her lifeless body was discovered in the bushes near the R55 road.

“This comes as a great relief, not only for us but for all victims of femicide and gender-based violence ... we can’t have people like him roaming around the streets,” she said.

In an interview with TimesLIVE, she recalled how difficult the past three years had been for the family as they mourned and endured the lengthy court process that unfolded.

“It has been difficult for all of us. There was a point where everyone was not coping and we had no income ... both my mother and father were even diagnosed with high blood pressure,” she said.

Tintswalo said her sister’s death took a part of her and she sometimes forgot she was dead.

“Just recently, I got some exciting news and I thought, let me call my twin, only to be reminded I can't ... it happens all the time. It's like a replay all the time,” she said.

She recalled her last encounter with Tinyiko, which was on the day she went missing.

“On that weekend she was supposed to visit me in Bloemfontein but she said no, she wanted to go home and rest ... I sometimes blame myself that had I pushed her harder to come, she would still be alive ...”

Their mother, Busisiwe, said: “I am relieved, excited and glad that finally I will sleep peacefully at night knowing that my child’s killer is behind bars."

She described her daughter as smart, loving, independent and passionate about women and children. “She loved life, was very focused on her dreams and she was even mentoring young girls to become better people in life,” she added.

The spokesperson for non-profit organisation, Voice It In Action (VIIA), said Gumede’s conviction was a victory.

“We believe this was a long-awaited victory; it inspires hope not only for the Ngobeni family but many other families ... There is hope for justice,” said Kgothatso Moloto.

A 30-year-old man's bid to get bail pending sentencing for the murder of student Tinyiko Ngobeni was dismissed by the Johannesburg high court on ...
News
2 years ago

Police in Mokomene, Limpopo, are looking for the person who stabbed a college student to death in the early hours of Sunday morning.
News
2 years ago

Teach boys that they are not superior to girls, urges ConCourt judge

As the country marks the 16 Days of Activism campaign against gender-based violence, Constitutional Court justice Zukisi Tshiqi has reflected on the ...
News
2 years ago