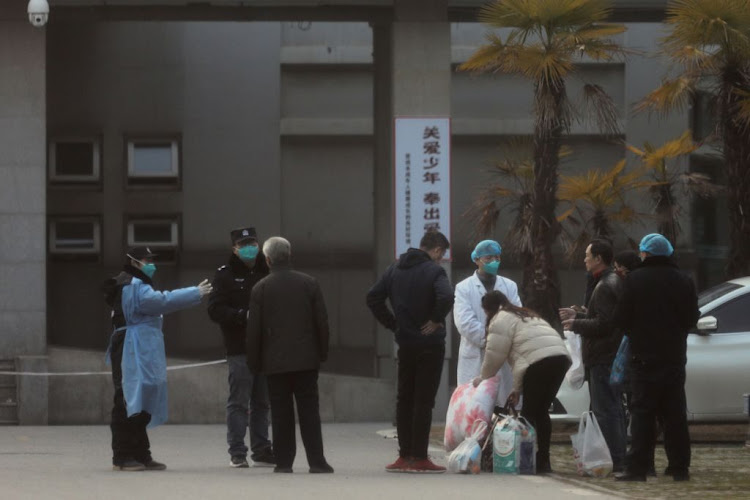 A South African teacher says she is stranded in the coronavirus epicentre with other South Africans and is disappointed at the lack of effort by the SA government to get them home.
Image: REUTERS/Stringer/File Photo

South African citizen Amy Pittaway, who went to Wuhan, China, to teach, says she is stranded in the coronavirus-plagued city.

Pittaway spoke to 702 presenter Bongani Bingwa on Friday and said the virus had reached its peak in the city.

“We are now completely stranded ... I just want to come home, I just want to go back to my mom and give her a big hug. We are feeling very abandoned and alienated from our own country.”

At Cape Town International Airport on Wednesday, dozens of travellers were reunited with loved ones as they unmasked themselves after overnight flights from China and nearby locations.

Pittaway said she was disappointed in the SA government's inability to put any effort into bringing them home.

Health minister Zweli Mhize, however, said on Friday there was no need for the government to evacuate any South Africans in China.

“We are confident in China's ability to manage the public health emergency effectively and that our citizens living in China are in safe hands.

“There is no evidence to support repatriation or emergency evacuations of our citizens, at this stage, there's been no report of any South African who has contracted the infection.”

Mkhize added that there are two South Africans who are under a 14-day quarantine. The two had moved from Wuhan city to a neighbouring municipality in China.

Mkhize said 55 travellers were found to have an elevated temperature on arrival in SA and were referred to nurses for further assessment.

He said 14 had flown from China, one from Thailand and 40 were from non-endemic countries.

“No travellers were found to have symptoms consistent with the coronavirus and none required isolation.”

Health minister Zweli Mkhize reassured South Africans that no cases of coronavirus have been confirmed in the country on January 31 2020. This after the World Health Organisation declared the coronavirus outbreak an international public health emergency. Mkhize did however confirm that two South Africans are under quarantine in China.

India said on Thursday a patient in the southern state of Kerala had tested positive for novel coronavirus, the first case in the country of the ...
News
2 years ago

No cases of coronavirus in SA yet, 14 samples tested are negative

WATCH | Under the microscope: here's what the coronavirus looks like

How the coronavirus got its name. No, it's got nothing to do with beer

Google has reported that searches for the Mexican beer Corona along with the phrase “corona beer virus" have surged since the outbreak of the deadly ...
Lifestyle
2 years ago